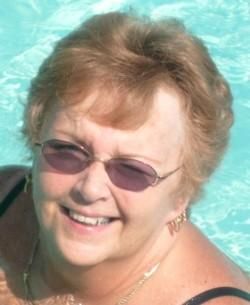 Arleen F. (Fields) Tousignant, 65, of Townsend passed away peacefully following a sudden illness on the morning of September 2, 2014 at Massachusetts General Hospital, Boston, with her devoted husband of 43 years, Ernest Ernie and her children by her side.

Born in Lowell October 8, 1948, Arleen was the daughter of the late Eileen (Murphy) Fields, and Floyd A. Fields, of Westford.

Arleen grew up in Westford and graduated from Westford Academy in 1966. She spent years working at Raytheon Corporation before leaving to raise her children. In the Early 80s she became a Real Estate Agent and then an administrator at various agencies in Groton, Pepperell, Littleton and Fitchburg. She worked at Uniserv in Littleton until 2002 before joining Macy's as a sales associate in Leominster. In 2007, she joined the Lurie Center at MGH (Formerly the LADDERS Program), Lexington where she continued to work until April of this year.

Arleen loved working with the children, families and colleagues at the Lurie Center at MGH. She also enjoyed relaxing by the pool, taking care of her garden and spending time with her loving husband, family and their dog.

Besides her husband and father, Arleen is survived by her loving daughter, Theresa M. Tousignant of Quincy, MA; her son Marc E. Tousignant and his wife, Charry, of Westford; a grandson, Alexander; her mother in law Loretta Tousignant of Westford; her brother Steven Fields of New Jersey; and a niece and 2 nephews.

ARRANGEMENTS: Relatives & friends will be received on Thurs. Sept. 4 at the J.A. HEALY SONS FUNERAL HOME, 57 North Main St., Westford, MA from 4:00-8:00 PM. Funeral Friday morning with a funeral mass to be celebrated at St. Catherine of Alexandria Church, 107 North Main St., Westford at 10:00 AM. Interment to follow at Pine Grove Cemetery. IN LIEU OF FLOWERS, donations in her memory to the Autism Research Foundation, 72 E. Concord St., R-1014, BU School of Medicine, Boston, MA 02118.