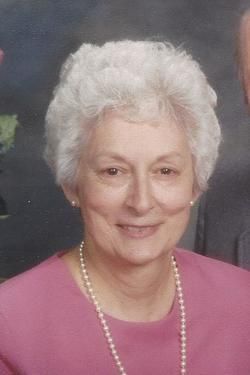 Beth Virginia (Mellott) Wells, age 77, of Westford, formerly of Franklin and Hingham, passed away at home on October 3, 2014, after a courageous battle with cancer.‎ For 55 years, she was the beloved wife of John Barry Wells.
‎
Daughter of the late Malcolm and Lois (Raudenbush) Mellott, she was born April 30, 1937 and raised in Delaware County Pennsylvania and attended the University of Delaware andthenBeaver College, where she earned a Bachelor of Science degree in Elementary Education. She moved to New England with her husband in 1959 and resided in North Stonington CT, and Hingham, Franklin and Westford MA. A homemaker for 55 years, she also worked for Whitney Gordon Jewelers and Franklin Florist. She was an active member of the Methodist church throughout her lifetime.

Besides her husband, she is survived by her three children and their spouses, John Frederick Wells and his wife, Kerry of Franklin MA, M.Scott Wells and his wife, Lisa of Methuen, and Kimberly Wells Raymond and her husband, David of Littleton; her brother, Malcolm Thomas Mellott and his wife Catherine of Illinois; She was also ‎a lovinggrandmother to six grandchildren; Andrew, Christine, Alycia, Abigail, Christian and Samuel.

WELLS, Beth (Mellott), 77, - A visiting hour will be held on Friday, October 10th from 10 to 11AM at the United Methodist Church of Westford, 10 Church Street, Westford, with funeral services following at 11AM. Burial to follow at Pine Grove Cemetery, Westford. IN LIEU OF FLOWERS, donations may be made in her memory to the Westford United Methodist Church.‎ Arrangements by J.A. HEALY SONS FUNERAL HOME, 57, N. Main St., Westford, MA 01886 (978-692-6502)