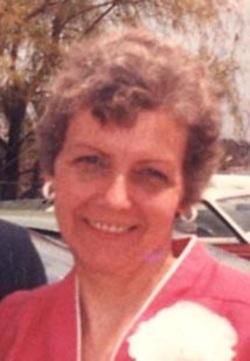 WESTFORD - Betteann (Harring) Prescott, age 79, a longtime resident of Westford, passed away unexpectedly on Sunday, July 12, 2015 at her home. She was the wife of the late Franklin J. Prescott who passed away March 3, 2010.

She was born in Lowell on September 13, 1935, a daughter of the late Frederick and Ida (Allan) Harring.

Prior to her retirement, Betteann was employed as a binder with Murray Printing in Westford for many years. She enjoyed gardening, the beach, and trips to Cape Cod. Her greatest joy was spending time with her grandchildren.

Relatives and friends may call at the J. A. HEALY SONS FUNERAL HOME, 57 N. Main St., WESTFORD on Wednesday, July 15 from 4 until 7pm. Funeral Thursday morning with a prayer service to take place at 10 o'clock at the Funeral Home. Interment to follow in Pine Grove Cemetery, Westford. To share your thoughts and memories of Betteann, please click the sign guestbook link.