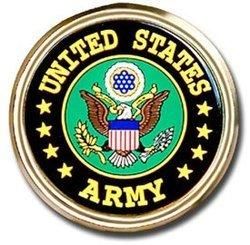 He was born in Westford on May 14, 1932, son of the late Joseph & Dolphine (Socha) Connell. He served in the US Army during the Korean Conflict. He was a member of the American Legion and VFW of Westford, the Elks in Chelmsford, and the Franco American Club of Westford. He was a parishioner St. Catherine of Alexandria Parish in Westford.

Prior to his retirement, he was employed in maintenance at the Sisters of the Holy Union Country Day School in Groton for 15 years. Previously he had worked as an electrician for Jim Stander Co. In Bedford for several years, and also a bartender at the Franco American Club in Westford. He loved sports, gardening, flea markets and yard sales.

Besides his wife, he is survived by three sisters and a brother-in-law, Marion & John Marabello of FL and Concord, MA, Vivian Clark of Georgetown, and JoAnn McGeown of RI; two sisters-in-law, Helen Connell and Josephine Connell, both of Westford; also many nieces, nephews and cousins. He was the brother of the late Earl, Franklin, Edward, Dickie and Phillip Connell, Margie and Winnie Daly, and Virginia Kimball.

ARRANGEMENTS: Relatives & Friends will be received on Weds. April 2, 2014 at the J.A. HEALY SONS FUNERAL HOME, 57 North Main St., Westford, MA from 4-8 PM. Funeral Thursday morning with a funeral mass to be celebrated at St. Catherine of Alexandria Parish, 107 North Main St., Westford at 10:00 AM. Interment to follow at St. Catherine Cemetery. For those who wish, contributions in his memory may be made to the American Cancer Society, 30 Speen St., Framingham, MA 01701 or www.Cancer.org Visit online guestbook at www.HealyFuneralHome.com