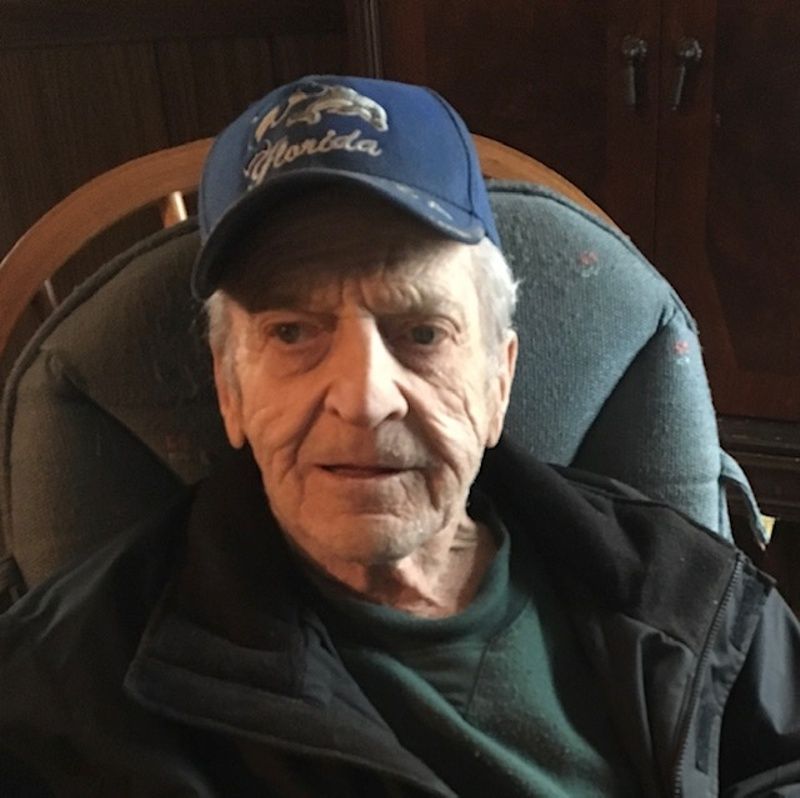 Clem was born to the late Valére and Adelia Dumont in Breakeyville, Quebec Canada on March 26, 1935. He moved to Massachusetts in the late 1960's where he met, married, and started anew, with the love of his life, Judith (LaCombe) Dumont. They celebrated their 50th wedding anniversary in May of last year, shortly before Judy suffered severe brain damage due to complications following heart surgery.

Always an incredibly hard worker, Clem started out on his family's farm in Canada, then - once in the US - he worked at San-Vel in Littleton and Murray Printing Company in Westford up until his retirement. His son-in-law, Jeff, would often "hire him" to work at one of his construction projects and he was always more than happy to tag along for the day! The customers and subcontractors always looked forward to seeing and chatting with him; he had a great sense of humor and was easygoing. Clem was well known in town for his countless yard sales, walking and bike riding, and let's not forget that thick French accent! Being a Canadian, he absolutely loved watching hockey and could be heard yelling "SCORE!" - especially if he were watching the Montreal Canadiens!!! Clem enjoyed the outdoors, and he was always willing to lend a hand and help anyone in need. Some of his passions included vegetable gardening, being out with nature, feeding the wildlife in his back yard, and going to the beach. He loved to keep himself busy and could be found tinkering around the house, right up until the very end.

Besides his wife Judith, he is also survived by his three daughters: Joanne and her husband, Miguel Pires, of Leominster; Andrea and her husband, Jeff Greco, of Devens and Suzanne and her husband, Bill Taylor, of Ayer. He also leaves behind five grandchildren: Neve Pires, Talia Pires, Amanda Brady, Brett Greco, and Troy Taylor - who is proudly serving our country in the US Air Force and is currently stationed in Georgia. His family also includes two great-grandchildren: Braiden and Anya Greco; his sister, Francoise Dumont of Quebec, Canada; his brother and sister-in-law, Renald and Jeannette Poulin of Barnstead, NH, as well as many nieces, nephews, cousins, and his very dear friends, Narcisse Bedard and Kathy Poulsen. He was predeceased by three brothers: Donat, Benoit, and Morris Dumont. Clem also had a special place in his heart for his furry companions, his little dog "Coco" and his cat "Munchkin".

In lieu of flowers, donations can be made in Clem's memory to Apple Valley Nursing Home (Ayer, MA) which has taken and continues to take such great care of his wife, Judy. Your contributions will be used towards the Resident Council Activity Fund. Donations can be sent to Apple Valley Center, 400 Groton Road, Ayer MA 01432.
Due to the COVID-19 pandemic, services will be private.