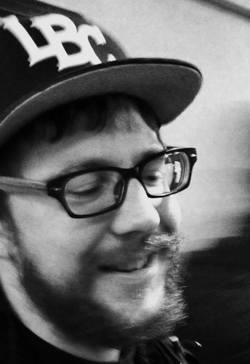 Dale M. Hardegen, age 30, passed away unexpectedly on Monday, August 10 in New York City. He was born in Concord, MA and is the son of E. Brian Hardegen of Westford, MA and Mary C. Hardegen of Hamburg, NY.
He is survived by his sister, Lauren Hardegen of Brighton, MA and his brother, Philip Hardegen of Cambridge MA as well as 3 Aunts, 2 uncles, and 9 first cousins.
Dale grew up in Westford, MA where he attended the public schools as well as the Country Day School in Groton, MA and the Hyde School in Bath, ME. He was an altar server at St. Catherine 's church, delivered newspapers and was a member of the Groton Chess Club and 4H. He played Pop Warner football and also soccer in Westford and at the Hyde School where he was the team captain.
He was very gifted, especially with language and music talents that were evident from a young age.
He worked in various jobs including snowboard instructor and freelance photography with published photo credits in the Wall Street Journal.
Those who knew Dale would agree that he was adventurous, generous and compassionate and that he lived life with intensity.

Calling hours will be at the J. A. HEALY SONS FUNERAL HOME, 57 N. Main St., WESTFORD, MA on Friday, August 14 from 4PM to 7PM. His Funeral Mass will be celebrated on Saturday morning, August 15 at 10 o'clock at St. Catherine of Alexandria Church, 107 N. Main St., Westford, MA. Interment will be private.

In lieu of flowers, memorial contributions may be made to Covenant House, www.convenanthouse.org