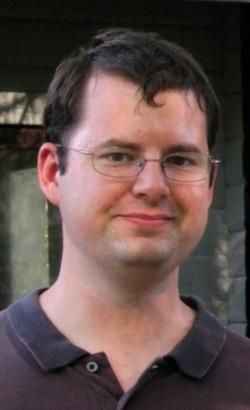 He was born in Concord, MA on October 17, 1981, beloved son of Cecilia Ann Whelan and Michael Alan Cinnamon. David lived in the Littleton/Westford area his entire life, with the exception of a one year experience living with his family in Ireland. While there, he attended a one room school house in Ballyneale, County Tipperary, Ireland.

He attended the Westford School System and graduated from Westford Academy High School. Immediately thereafter, he went on to obtain a Bachelor of Arts degree from Merrimack College in Political Science, a subject that had always been his passion and interest. David read voraciously all things politics. He loved to engage in debate on current events, and had a deep geopolitical knowledge.

He was employed by British Delights in Westford, working in several capacities, helping with warehouse stock, shipping and receiving. He took pride in his job, and was hardworking and dependable.

Bike riding was one of his favorite things to do, as was jogging with his dog Teddy, helping his mother around the house and working on his car with his father. He was excellent at archery, a skill he practiced on and off over the years. The high point of his archery career was when he attained the rank of Silver Olympian in the Junior Olympic Archery Development (JOAD) program of the National Archery Association (NAA). He could put 3 arrows in a patch the size of a quarter at 20 yards.

David was a gentle, kind hearted man and will be truly missed by all who knew him.
In addition to his mother and father, he leaves his loving brothers Kevin Andrew Cinnamon and Peter Alan Cinnamon, both of Westford, his grandparents Harry and Bev Cinnamon of Des Moines, Iowa, his stepmother Kathleen and many aunts, uncles and cousins, across the country.

ARRANGEMENTS: There will be no visitation, cremation took place Tuesday. Relatives & friends are invited to his funeral mass on Saturday Sept. 6 at St. Catherine of Alexandria Church, 107 North Main St., Westford, MA at 9:00 AM. Interment will be private. In lieu of flowers, donations in Davis's memory may be made to the Asperger's Association of New England at 617-393-3824 or online at www.aane.org