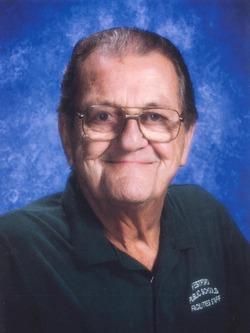 WESTFORD - Denis P. Watson, age 89, passed away on Tuesday, July 12, 2016 at Apple Valley Center in Ayer after a long illness. He was the husband of the late Alice (Clayton) Watson who passed away in 2012.He was born in Keighley, Yorkshire, England on June 4, 1927, a son of the late Charles and Lotte (Anderson) Watson. Denis served in the British Navy during WWII. He was a resident of Westford for fifty four years and was a communicant of St. Catherine of Alexandria Parish.He was employed in the printing trade for most of his career and prior to his retirement, he was a custodian with the Westford School Department for several years. Denis enjoyed woodworking and travelling.

ARRANGEMENTS - Relatives and friends may call at the J. A. HEALY SONS FUNERAL HOME, 57 N. Main St., WESTFORD, on Friday, July 22 from 4 until 7pm. His Funeral Mass will be celebrated on Saturday morning at 9 o'clock at St. Catherine of Alexandria Church, 107 N. Main St., Westford. Interment will be private. In lieu of flowers, memorial contributions may be made to a charity of one's choice. To share your thoughts and memories of Denis, please click the sign guestbook link.