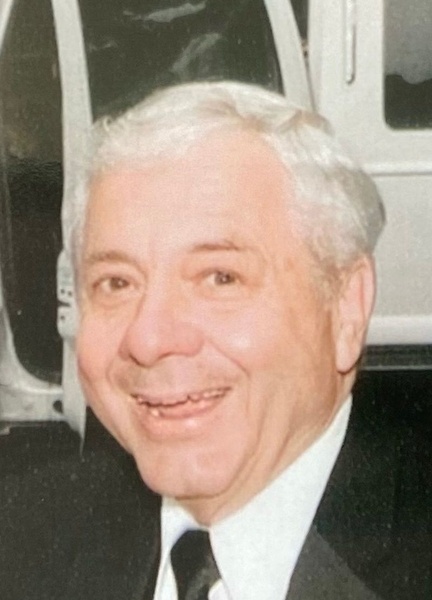 Don was born on January 6, 1938, to Arthur and Clara (Routhier) L'Esperance in Manchester, NH. He graduated from Bishop Bradley High School in Manchester in 1955 and from the University of New Hampshire in Durham, NH, in 1959, with a Bachelor of Arts in Economics. Don was then commissioned as an officer in the U.S. Air Force through the Reserve Officers' Training Corps.

Don married Betty Ann Schullian of Quincy, IL, on January 11, 1969, in Shiloh, IL, and the couple celebrated their 52nd wedding anniversary together in 2021 before Betty's passing in May of 2021. Although they resided in Hudson, MA, the past few years, they were long-time, loyal residents of Westford, MA. Through the years, they also lived in Belleville, IL; East Hanover, NJ; Dhahran, Saudi Arabia; and Satellite Beach, FL, due to Don's military assignments.

Over the course of his military career, Don served as a contracting officer for both the Air Force and the Department of Defense and was stationed in France; Italy; New York City; at Hanscom Air Force Base, Bedford, MA; and at the former Dhahran Air Base, Saudi Arabia. After 22 years of service, he retired on December 1, 1981, at Hanscom AFB. Don then worked in Defense Department contract management in the private sector for many years.

As a true "people person," Don was always interested in others and had a gift for genuinely connecting with just about anyone through conversation. He was a dedicated parishioner of and friend to many at St. Catherine of Alexandria Catholic Church in Westford. He credited Alcoholics Anonymous with his remarkable achievement of over 40 years of sobriety, and in-turn served to mentor others in the organization.

Once retired from the private sector, Don enjoyed giving back to the Westford community in various volunteer roles. While serving as a substitute teacher in the Westford Public Schools, he particularly enjoyed getting to know and work with the students and faculty. He was also an avid fan of Westford Academy athletic programs, both while his children were participants and after they graduated. From his earliest days in the Air Force, Don enjoyed travel both abroad and throughout the United States; he and Betty made countless family memories at their various timeshares, especially in South Yarmouth, MA, on Cape Cod and in Satellite Beach, FL.

Relatives and friends are respectfully invited to Don's Memorial Funeral Mass to be celebrated on Saturday, April 23, at 9:00 AM in St. Catherine of Alexandria Church, 107 North Main Street, Westford. Burial with Funeral Honors will follow in St. Catherine Cemetery, Westford.

To honor Don and in lieu of flowers, donations may be made in his name to the St. Vincent de Paul Society, 66 Progress Parkway, Maryland Heights, MO, 63043-3706, or online at https://ssvpusa.org.