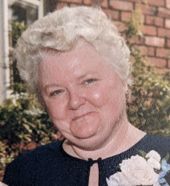 Acton - Dorothy Ann (Benjamin) Oliver, resident of Acton, Massachusetts, was born in Millinocket, Maine, on August 22, 1949 to Elma Gwendolyn (McMurray) Benjamin and Murray Benjamin. She passed away peacefully on June 26, 2020, in Marlborough, Massachusetts. She started her career as an educator and became a registered nurse later in life. She had an adventurous spirit and enjoyed camping, motorcycling, and traveling to faraway beaches. Ms. Oliver is survived by her brother Kevin Benjamin and her sister Mary Louis Benjamin, as well as her three children and her five grandchildren.Funeral Services were private. For condolences, please visit westfordhealyfuneralhome.com