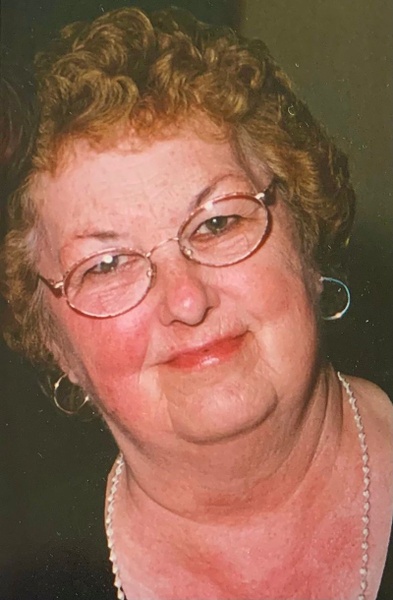 PLYMOUTH - Elizabeth L. (Laverty) Dawson, age 88, passed away on Sunday, Dec. 27, 2020 at the Beth Israel Deaconess Hospital in Plymouth after a period of declining health. She was the wife of the late Martin H. Dawson who passed away in 1986.

She was born and raised in Philadelphia, PA on December 18, 1932, a daughter of the late John and Elizabeth (Buchanan) Laverty. After marrying her husband Martin, they moved to Westford where they raised their five children. She attended the Chelmsford United Methodist Church while living in Westford. Elizabeth later moved to Plymouth where she resided for the past 20 years.

Prior to her retirement, she was a manager of manufacturing for the Whistler Corporation in Westford for 10 years. Elizabeth enjoyed staying at her second home in the White Mountains, especially during the summer and fall months. She was an avid reader and enjoyed baking, knitting, crocheting, crossword puzzles and music. Her greatest joy was time spent with by her family, especially her grandchildren.

She is survived by her 5 children, Martin Dawson II and his wife Karen of Sturbridge, Kathleen Caruke and her husband Alan of Plymouth, Daniel Dawson and his wife Elizabeth of Chelmsford, Jacqueline Dawson of Gardner, and Earl Thomas Dawson and his wife Tricia of Leominster; 11 grandchildren, Prudence, Melissa, Mickey, Kristen, Kaitlyn, Jamie, Drew, Jack, Ty, Zane and Thomas; great grandchildren Logan, Ryan, Dante, Morgan, and Dawson. a sister, Jane Vorhauer of PA; a sister-in-law, Lee Laverty of New Jersey; also many nieces and nephews. She was pre-deceased by her grandson, Michael Dawson and also several brothers.

Arrangements - Due to the current gathering restrictions, funeral services for Elizabeth were held privately and a celebration of her life will take place at a later date. Arrangements are in the care of the Westford Healy Funeral Home, 57 N. Main St., Westford. For condolences, please visit www.westfordhealy.com