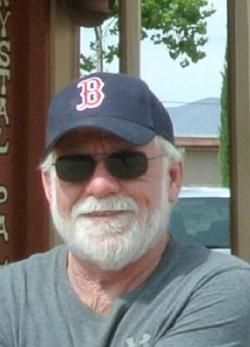 EricC.Gremm, 66 a longtime Tyngsboro resident passed away following a brief battle with cancer on Saturday, October 22, 2016 at Tufts MedicalCenter with his son, Ben by his side.

Born inFort Bragg, NChe was the son of the lateSGMFrederickand Lela (Snead) Gremm. He relocatedto Massachusettswherehe eventually met hiswife, Jean while working at Murray’s Printing Company in Westford, MA.They were married for 23 years before her death on October 13, 1995.

Eric worked as a delivery driver for Sherburne Lumberin Tyngsboroforalmost 30years before his retirement in August 2016.

He was an avid hobby gunsmith and car enthusiast and he also enjoyed spending time with his family, particularly his grandson Jason.

He is survived by his son Ben Gremm and his wife Lauren of Merrimack, NH, his daughter Lela Gremm of Dallas, TX; his grandson Jason Gremm; his sisters Lea Rothberg andhusbandAlanof NC;Rebecca Wiggins andhusband Gregof GA, as well as extended family including many cousins and nephews.

In accordance with his wishes, there are no calling hours and all funeral services were held privately with family and friends.In lieu of flowers, contributions may be made to the American Cancer Society at https://donate.cancer.org.