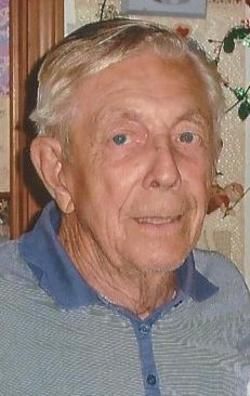 Mr. Fernand Milot, age 93, of Dracut, formerly Westford, died on October 25, 2014 at Northwood in Lowell. For 64 years he was the beloved husband of Mary (Carnevale) Milot.

Born June 18, 1921, and raised in Westford, he was the son of the late Emile and Angeline (Vincent) Milot. He served in the US Army during World War II. Following the war he attended and graduated from East Coast Aero-Tech.

Prior to his retirement in 1983, he worked in the printing department at RCA in Burlington. Previously he worked as a salesman for the Mcgowen Educator Co. In the NH area.

He was a member of the VFW Dilboy Post #529 in Somerville. Fernand enjoyed golfing. Following retirement he enjoyed traveling to his beach house in Wells, Maine.

The family would like to thank and express their gratitude to the wonderful staff at Northwood Nursing & Rehab. and New England Hospice for their exceptional care and compassion given during his illness.

According to his wishes, there will be no calling hours. Services will be private. IN LIEU OF FLOWERS, donations in his memory may be made to the Northwood Nursing & Rehab. Resident Activity Fund, 1010 Varnum Ave., Lowell, MA 01852. Arrangements by the J. A. HEALY SONS FUNERAL HOME, 57 North Main St., WESTFORD, MA. To share your thoughts and memories of Fernand, please visit www.healyfuneralhome.com 978-692-6502 Funeral Director Scott Laurin