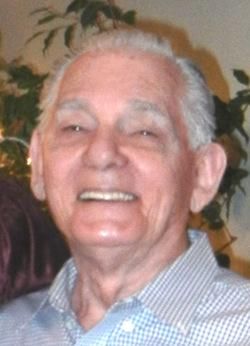 WESTFORD -- Floyd "Bud" Hayward, Jr. age 82, passed away unexpectedly on Tuesday, March 11, 2014 at Lowell General Hospital. He was the beloved husband of Marie (DiFiore) Hayward and the late Joan (Saraceno) Hayward who passed away on January 13, 2010.

He was born in Centerview, MO on November 13, 1931, a son of the late Floyd Hayward, Sr. and Grace Elizabeth (Crew) Hayward. Bud was a resident of Westford since 1961 and served in the U.S. Navy during the Korean Conflict.

Prior to his retirement in 1985, he was a member of Teamsters Local 25 for many years. Bud was a member of the Cameron Senior Center in Westford and was a proud supporter of St. Jude Children's Research Hospital. He enjoyed doing crossword puzzles and was an avid Boston sports fan, especially the Red Sox.