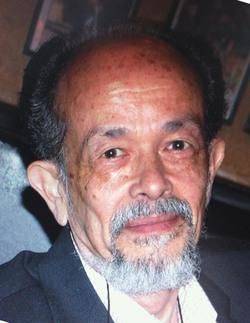 WESTFORD -- Frank Boudewijn Guttenberg, age 75, passed away on Wednesday, January 22, 2014 at Apple Valley Center in Ayer surrounded by his loving family, after a long battle with Alzheimer's. For forty three years, he was the beloved husband of Angeline "Lily" Guttenberg.

Frank was born in Bandoeng, Indonesia on January 20, 1939, son of the late Johann and Margaret (Zeydel) Guttenberg. He was a resident of Westford for the past fifteen years and was formerly of Acton where he resided for thirty five years. He was a communicant of St. Catherine of Alexandria Parish.

Prior to his retirement, Frank was employed as an electronics engineer with Bio-Rad Laboratories in Cambridge for thirty five years.

He was an avid gardener who was known for whistling beautifully like a bird. He enjoyed playing badminton, photography, cooking, and coin and stamp collecting.

Besides his wife, he is survived by his two daughters, Denise Guttenberg-Murray and her husband, Kieran of Westford, Nicole Guttenberg and her husband Michael Russell of Braintree; a brother, Eduard Guttenberg of Sweden; four grandchildren, Kyle and Tyler Murray, Trevor Russell and Cooper Guttenberg; also many nieces, nephews, and cousins including Lisa Guttenberg-Ruzga of Ohio and Lauren Guttenberg-Malloy of Illinois. He was also the brother of the late Ronald Guttenberg.

Relatives and friends may call at the J. A. HEALY SONS FUNERAL HOME, 57 N. Main St., WESTFORD on Friday, Jan. 24 from 3pm until 7pm. His Funeral Mass will be celebrated on Saturday morning at 10 o'clock at St. Catherine of Alexandria Church, 107 N. Main St., Westford. Interment will be private. Those who wish may make memorial contributions to the Alzheimer's Association, 480 Pleasant St., Watertown, MA 02472. To share your thoughts and memories of Frank, please click the sign guestbook link above.