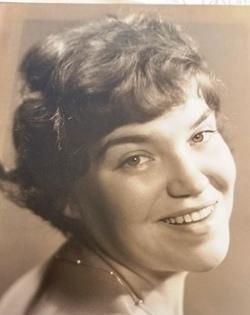 WESTFORD - Mrs. Friederike Edeltraud (Horwedel) Heiter, 83, passed away peacefully on Good Friday, March 30th at her home. She died as she lived: surrounded by her family.

Her grandchildren noted that between her peach pie, her meatballs, and her apple crisp, they never went hungry. She left a legacy of kindness and strength that her grandchildren will carry with them in everything they do. What was best in her was her ability to see all the best in all of us. She loved to laugh. All her children delighted in her twinkle and walking that fine line between a chuckle and a smack.

Friederike was born on December 22, 1934 in Karlsruhe, Germany. Her early days were shaped by air raids, war-related deprivation, and caring for the younger members of her extended family.

After completing Oberschule in Ettlingen, she earned a degree in Banking Administration and became the secretary to the Foreign Exchange Director of the German Volksbank in Karlsruhe.

In 1960 Friederike joined her fiancé, George, in California, where they married and where their first child, Christian, was born. In 1963, they moved to New Jersey, where Stefanie and Daniel arrived. A company transfer brought the family to Andover, Massachusetts in 1970. Retirement gave Friederike and George the opportunity to move into an “over 55” community in Westford, Massachusetts in 2001.

Friederike had a deep and abiding love for those who suffered, and gave freely of herself to anyone who needed help within and beyond her family, from toddlers to the physically and mentally disabled and mentally ill. She had many passions: travel, music, baking, handicrafts, and love of children; of these, Friederike selected the latter for another career. She first volunteered and then was hired at Christ Church Professional Nursery for the Handicapped in Andover. Desiring more education, she earned a Bachelor’s degree in Human Services Administration from Merrimack College, and then a Master's degree in Early Childhood Education from Endicott. For years she lovingly cared for children and adults with special needs, first at the John T. Berry Northeast Rehabilitation Center in North Reading, then at Hogan Rehabilitation Center in Danvers. When she went to physical therapy after her retirement, she soon took over the exercise class and was certified to teach warm water therapy.

In her spare time, Friederike relaxed reading books, knitting, and doing needlework; creating many special gifts, especially for her 7 grandchildren. Her chili, and chicken soup cures were appreciated, along with all those cookies whose names and recipes are now carefully recorded. She constantly enriched her life with music and subscriptions to various artistic events. She took special pleasure in taking her grandchildren on travels, such as cruises.

Friederike will be remembered by many friends for all the things she did for her various communities. As an integral part of her church memberships, she taught Sunday School every year, right up to last year, served on Christian Education and other Committees. In her communities, she joined Bible groups as well as Book and Knitting clubs.

Family and friends will gatherto honor and remember Friederike at the J. A. HEALY SONS FUNERAL HOME, 57 N. Main St., Westford, MA on Saturday, April 7th from 2 to 4pm, which will include a prayer service beginning at 3:30pm to reflect on Friederike’s life. Her Funeral Service will take place on Sunday, April 8th at 1pm at Trinity Lutheran Church, 170 Old Westford Rd. Chelmsford, MA. with a luncheon to follow. Burial will take place at a later date in Pine Grove Cemetery, Westford. IN LIEU OF FLOWERS, memorial donations may be made in her memory to the Trinity Lutheran Church “BUILDING ON OUR LEGACY” fund to help fulfill her wish to build a handicap bathroom for the church.

Please visit www.healyfuneralhome.comfor directions or to express your condolences.