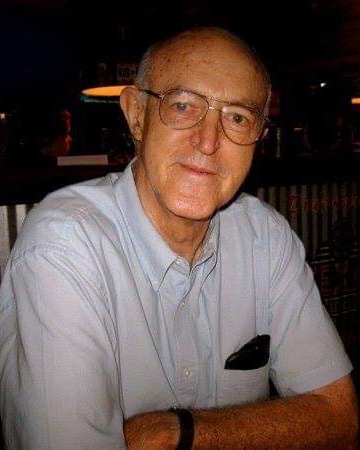 Garrett C. "Moose" Marcinkowski, formerly of Westford, beloved husband of Carol A. (Shaughnessy) Marcinkowski died suddenly but peacefully at his home on Tuesday, October 11, 2022. He was 84.

An Army brat, Gary moved around during his childhood but always retained close ties with his Polish family in Connecticut and New York. In addition to Connecticut, he lived in Kentucky, Kaiserslautern, Germany, and Killeen, Texas, where he graduated from high school. Always interested in a military career he attended Officer Candidate School at Ft. Benning, Georgia, where he saw his future bride across the room at a dance and ‘just knew.’ He was commissioned into the Army in 1963, graduated flight school in 1964, and married Carol immediately after. He did two tours of duty in Vietnam and returned a decorated aviator. After a twenty+ year career, Gary retired from the Army at the rank of Lieutenant Colonel. He and his family settled in Westford, and he embarked on a second career as a financial planner for military families with USPA & IRA.

Gary was a loyal parishioner at St. Catherine of Alexandria Parish, where he was an enthusiastic member of the choir for 20 years. In his youth, he was an avid sportsman. After retirement, he focused on food-related hobbies including gardening, grilling, baking babka, and planning the menu for all family gatherings. He loved nothing better than a good family feast.

Relatives and friends are invited to the viewing on October 19 from 3:00 – 7:00 pm at the Westford Healy Funeral Home, 57 North Main Street, Westford, MA. His Funeral Mass will be celebrated on Thursday, October 20, at 10:00 AM in Blessed Trinity Parish - St. Catherine of Alexandria Church, 107 North Main St. Westford, MA. He will be interred with military honors at the Massachusetts National Cemetery on Cape Cod at a later date. In lieu of flowers, donations may be made in Gary's memory to the St. Francis House, 39 Boylston Street, Boston, MA 02116.