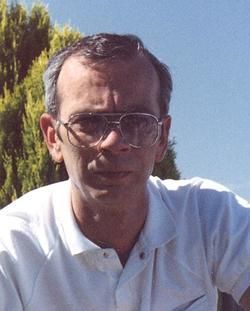 WESTFORD: Gary Armin Grohmann, age 73, of Westford, passed away at Genesis Westford House on Sept. 28, 2014. For 39 years, he was the beloved husband of Nancy A. (Abbood) Grohmann.

Gary graduated from Knoxville High School before attending Western Illinois University. He earned a Bachelor's Degree in Speech and Theater. He received his Master's Degree in Art from Eastern Illinois University. He went on to teach art, speech and theater in Detroit, Chicago, Argenta-Oreana and Tokyo, Japan. Upon his return to the U.S., Gary worked for 74 Lumber Company as Vice President of their manufactured homes program and when he moved to Massachusetts, he used his artistic abilities designing kitchens and baths up until his retirement.

Besides his wife, he is survived by his mother-in-law, Rose Abbood; his sisters-in-law, Rosemary Grohmann and Carol Abbood; his brother-in-law, Arthur Abbood and his wife Jean; Gary was also uncle to numerous nieces & nephews. He was brother of the late Harvey, Clyde, Wayne and David Grohmann.

ARRANGEMENTS: Relatives & friends are invited to his visitation on Thursday October 2, 2013 at the J.A. HEALY SONS FUNERAL HOME, 57 NORTH MAIN ST., WESTFORD, MA from 4:00-8:00 PM. Funeral Friday morning with a prayer service to take place in the funeral home at 10:00 AM. Interment to follow at St. Catherine Cemetery. IN LIEU OF FLOWERS, donations in Gary's memory may be made to the American School in Japan, 1-1-1 Nomizu, Chofu, Tokyo 182-0031, Japan.