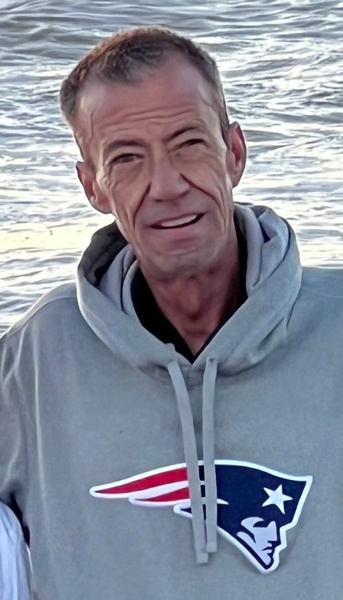 WESTFORD - Gary W. Rush, 60, resident of Westford, died unexpectedly on January 15, 2022 at Massachusetts General Hospital. He left behind the love of his life, Susan Cornwall.

Gary discovered his passion for working with engines and cars early in his youth. He started with go-karts, went onto motorcycles, and a variety of older cars including a Pontiac LeMans and ended up with his greatest joy—his TransAm. At the age of 15, he started his career as an auto technician by working at Gould Motors. He was considered an expert, the "auto engine whisperer" and could fix the most challenging problems. Gary was proud of his skills as an auto technician and was employed at Herb Chambers, Danvers, MA. Gary was the "go to guy" and generously helped neighbors and friends with his expertise. In addition, Gary helped neighbors for years with snowplowing out their driveways using his beloved truck.

Gary was an avid New England Patriots fan and went to two games this season. He recently took Susan to Amelia Island, FL and spent Thanksgiving with Herbert and Kristine. They all had a special time walking the beach and seeing the sunrise. After a great dinner, the brothers enjoyed an unexpected hiking adventure getting lost in the woods but emerged laughing! Gary then shared his special love for Disney World with Susan.

Gary was a devoted brother, who never missed a Saturday phone call with Nancy to catch up on their week. He also loved music, and surprised his family with his new dance moves as he taught them a new music trivia game that he created.

In addition to his love, Susan, Gary is survived and will be deeply missed by his brother, Herbert Rush III and his wife, Kristine Ochu of Amelia Island, FL; his sister, Nancy Rush of Rowley, MA; his nephew, Frederick Prescott, Jr. and his wife, Christine of North Kingston, RI, and his two nieces, Jennifer Staysniak, of Hudson, MA and Kelly Mingus of Franklin, TN.

He is predeceased by his sister, Cynthia Rush Prescott.

Relatives and friends are invited to Gary's Celebration of Life on Thursday, January 20, 2022 from 4pm until 7 pm at the WESTFORD HEALY FUNERAL HOME, 57 N. Main Street, Westford. His funeral service will take place on Friday, January 21, 2022 at 10:30 AM in the funeral home. Burial to follow in Pine Grove Cemetery, Westford.