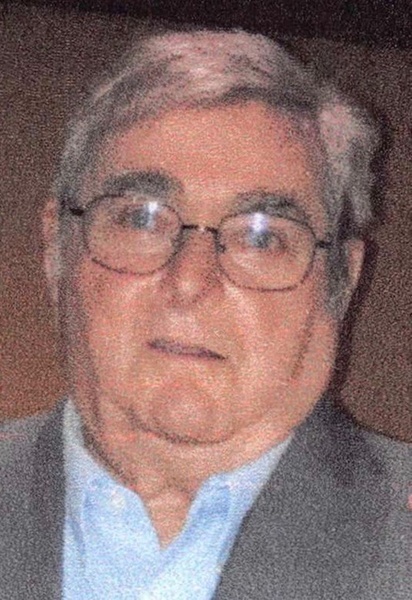 WESTFORD - Chief George P. "Yogi" Rogers, 85, a lifelong Forge Village resident, died peacefully on Saturday, January 2, 2021. He was the beloved husband of the late Nancy M. (Peterson) (McCallum) Rogers, with whom he shared 23 years of marriage.
Born in Ayer on March 26, 1935, he was a son of the late Edmund D. and Marion (Vasselin) Rogers.
Yogi was educated in the Westford School System and was a graduate and class president of the 1953 graduating class of Westford Academy.
Following high school he was employed in construction as a carpenter/framer and started as a volunteer firefighter. He served the town of Westford as a firefighter starting in 1955 and was appointed the town's first full time Fire Chief and served in that capacity until his retirement in 1995.
Always interested in the news of Westford, Yogi was a fixture at the town meetings and was active with the Westford Academy Alumni Association and The Cameron Senior Center.
Yogi also enjoyed spending time on his boat, family reunions, and time spent with old friends.
He leaves six children, Tony Rogers of Westford, Andy Rogers and his wife Cheryl of Pelham, NH, Beaver Rogers of Ayer, Brenda Boudreau and her husband Tim of Groton, Sheila Smith and her husband Paul of Townsend and Michael McCallum and his wife Jo-Anne of Merrimack, NH; his nephew, current Westford Fire Captain David O'Keefe of Townsend; a brother, William Rogers and his wife Connie of Westford; two sisters-in-law, Jeanne Rogers and Rhonda Rogers, both of FL; 13 grandchildren, 7 great grandchildren, 1 great great granddaughter; also many nieces, nephews and friends.
He was the grandfather of the late Lindsay Kilroy, R.N., brother of the late Edmund Rogers, Mary Stofer, Harold Rogers, Janeth "Dee Dee" O'Keefe and Charles Rogers. He was the former husband of the late Marianne (L'Heureux) Rogers.
ROGERS - Relatives and friends are invited to Yogi's Life Celebration on Friday, January 8, from 4 until 8 PM at the Westford Healy Funeral Home, 57 N. Main Street, Westford. Due to Covid-19 Restrictions, Funeral Services will be Private. In lieu of flowers, donations in his name may be made to the Westford Ambulance Fund, PO Box 197, Westford, MA 01886.

Due to Covid-19 Restrictions, Funeral Services will be Private.