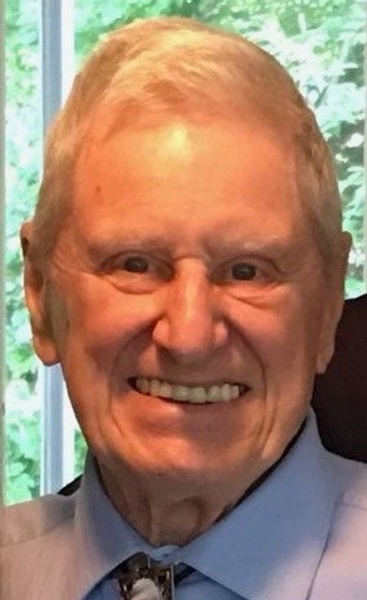 Westford - George "Sandy" Shepherd, 88, a long time Westford Resident,
was born on April 17, 1933 and passed away peacefully
on March 21, 2022 after a brief illness.
Sandy was born and raised in North Chelmsford, MA, where
he graduated from Chelmsford High School class of 1951.
After High School he enlisted in the U.S. Navy where he
proudly served during the Korean War on the aircraft carrier, USS Yorktown. After being honorably discharged he came home to marry the love of his life,
Melva-Jean Wilson and they moved to Westford.
Sandy worked in Construction for many years before retiring to
work for the US Park Service as a Park Ranger at the National Park in Lowell.
Sandy was an accomplished Artist, Woodcarver, and Historian. He loved dressing the part, giving 'living history' lessons and was quite the story teller.
Sandy was passionate about his involvement with many organizations,
including Boy Scouts, Masons, UNACC and the Westford Minutemen.
He was also an avid antique car collector, owning several.
Sandy is survived by three children, Doug and his wife Barbara,
Kristin and her husband Paul and Todd and his wife Donna.
He is also survived by his 8 grandchildren, Erin, Bryan,
Joe, Tom, Stefanie, Rebecca, Alexa and Elizabeth
and 3 great grandchildren Casey, Charlie and Santiago. He is predeceased by
his wife Melva-Jean, parents John and Emma Shepherd and sister Evelyn Dickinson. Sandy also leaves a long list of nieces, nephews, cousins and friends.
Family and friends are invited to celebrate Sandy's life at the Westford Healy Funeral Home, 57 North Main St., Westford on Thursday, March 31, from 3 until 8 PM.
A Masonic Service will be held at 7:00 PM and a Native American Service will be held at 7:45 PM. His Funeral Service will take place on Friday morning at 10:00 AM in the United Methodist Church of Westford. Please meet at Church. Interment to follow at Pine Grove Cemetery.
In lieu of flowers please donate in George's name to:
United Native American Cultural Center, Inc.
PO Box 711
Ayer, MA. 01432
unacc29@gmail.com