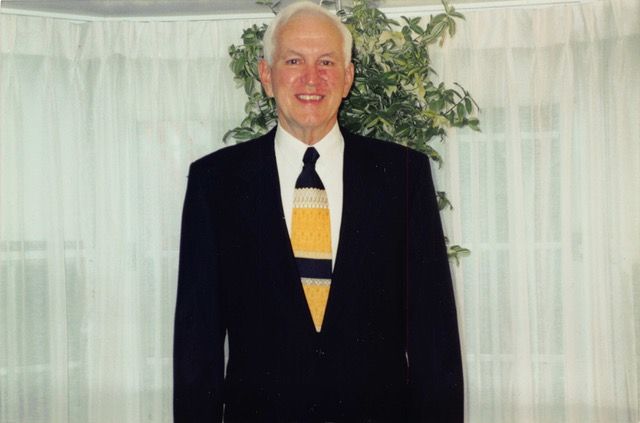 George T. Sullivan, a life-long resident of Westford died peacefully on May 26, 2020 at his daughter's home in Lowell, MA at the age of 87. He was the husband of Eleanor F. (Thompson) Sullivan, who predeceased him in 2007.

George graduated from Westford Academy and entered the US Air Force, serving from 1952 until 1956. After serving his country, George returned home to Westford where he began a distinguished 40-year career in law enforcement. George served the town of Westford as a police officer for 15 years from 1958 until 1973. In 1973 he transferred to the Lowell Police Department, where he served for 25 years. He worked as an Inspector in both the Juvenile and Criminal Bureaus, retiring in 1998. During that time George earned his Bachelor of Science degree from Northeastern University.

George is survived by his four children; Brian Sullivan and his wife Kathy of Nashua, NH; Sheryl Scannell and her husband Bob of Lowell, MA; Joanne Warneke and her husband Tom of Nashua, NH; and Michael Sullivan of Melrose, MA; five grandchildren; Kate Sullivan, James Sullivan and his wife Carleigh, Anne Sullivan Datz and her husband Jake, Jonathan Warneke and his fiancée Bridget LeMon, and Sean Warneke. He is also survived by three sisters, Mary Beaulieu of Nashua, NH; Helen Hennessey of Chelmsford, MA; Claire Mannheim of Chatham, MA; two sisters-in-law; Margaret Hudlin of Ayer, MA; Hazel Thompson of Westford, MA; and several nieces, nephews, and friends. He was predeceased by his brother John F. Sullivan, Jr. and his sister Margaret Tebbetts.

Family was paramount to George, especially his grandchildren, and he cherished all the time he spent with them. George was a big fan of Notre Dame football and the New England Patriots. He was also an avid Boston Red Sox Fan.

George's family would like to thank Dr. Orfanos and Dr. Jewell from Lahey Hospital and Medical Center for their exceptional care, and a very special thank you to Gareth Owens and the Owens Family for their friendship and kindness shown to their father over the years.

Due to the corona virus pandemic restrictions, funeral services will be private. Donations in George's memory may be made to the Westford Ambulance Fund, PO Box 197, Westford, MA 01886.