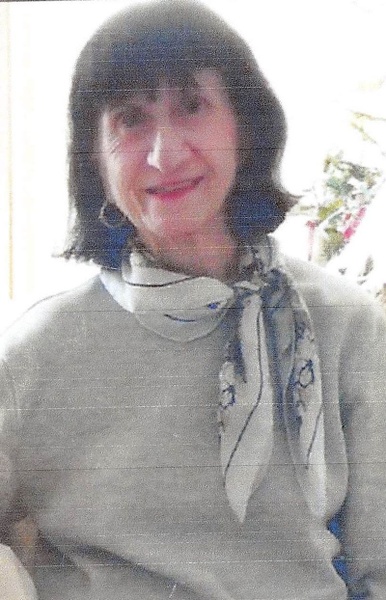 WESTFORD - Gloria T. (Moreno) Brown, 90, a Westford resident all of her life died Tuesday, October 19, 2021 surrounded by her loving family. She was the beloved wife of the late Joseph P. Brown.

She was born in Westford on August 24, 1931, and was the youngest of eight children of the late Sara (DePalma) and Alexander Moreno. She received her education in Westford and was a 1949 graduate of Westford Academy. It was at Westford Academy where she met and later married her high school sweetheart Joseph Brown.

Gloria retired as the Head of Shipping at the Fletcher Granite Company in Chelmsford where she worked for over 20 years.

Gloria was very active at the Cameron and Chelmsford Senior Centers. She loved bingo, playing cards, reading, taking trips to Foxwoods and Mohegan Sun. She enjoyed family gatherings and cooking for her family. She was well known for her spaghetti, lasagna and chicken soup.

Gloria is survived and will be deeply missed by her two sons, Michael Brown of Westford and David Brown and his wife Nancy of Derry, NH; her three grandchildren, Samantha, Craig and Ryan; her son-in-law, Stephen Stone of Westford; as well as several nieces and nephews.

She is predeceased by her daughter, Pamela Stone and grandson Joseph Stone along with her seven siblings.

Relatives and friends are invited to Gloria's Celebration of Life on Saturday, October 23, 2021 from 10 until 11 AM at the WESTFORD HEALY FUNERAL HOME, 57 N Main Street, Westford. Her funeral service will take place in the funeral home immediately following. Burial to follow in St. Catherine's Cemetery. In lieu of flowers, donations may be made in Gloria's memory to the American Heart Association, 300 5th Avenue, Suite 6, Waltham, MA 02451.