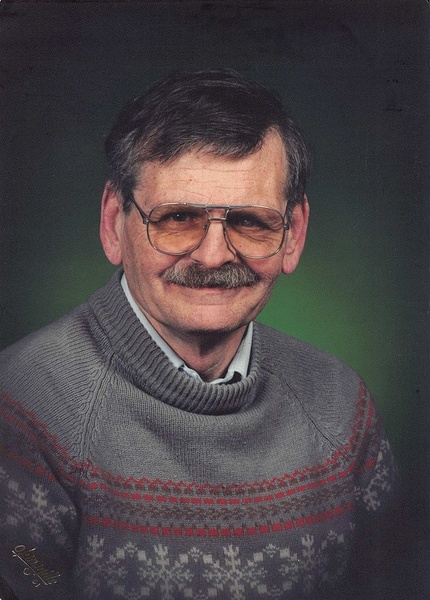 Gregory N. Bacon, 79, died peacefully after a lengthy illness on Monday, Jan. 17, 2022, surrounded by family with his beloved classical music playing. He was the husband of the late Gloria (Barker) Bacon and the son of the late Arthur and Mildred "Betty" (Gamble) Bacon.

Greg started his career working for the post office, where he met Gloria. After graduating from University of Maryland with a degree in electrical engineering, he worked for Collins Radio in Dallas, then moved to Massachusetts and worked for Raytheon for a year before moving to Digital Equipment Corp., where he worked for 27 years. After the company was sold, he became a consultant and later worked for Energy Research Group.
In retirement, he worked a variety of jobs, including delivering newspapers and Meals on Wheels.

He was a faithful member of St. Mark's Episcopal Church in Westford, where he and his wife were active with the youth group and volunteered with the church for Habitat for Humanity, including mission trips to Maine and Pennsylvania. He was a member of Tahattawan Masonic Lodge in Littleton and the Anchor Club.

Greg was an engineer by both training and nature, and would attempt to fix anything, given a piece of string, duct tape and a rubber band. He loved electronics and computers and taking things apart and putting them back together. He loved animals and always had a cat or dog, and frequently both, as well indulging his children with a steady parade of mice, rabbits, guinea pigs, rats, lizards, and fish.

He had a dry sense of humor that delighted anyone who got the joke, including the aides and nurses who cared for him in his last months.

He is survived by his sons, Gregory Bacon Jr., and Roger Bacon; his daughter, Janis and her husband Robert Marcotte; two brothers, Stephen and John; six grandchildren, Kelsey, Devin, Nina, Talia, Tania, and Joel, and two great-grandchildren. He was predeceased by his brother, Arthur "Roger" Bacon, and his daughter, Kathy.

In lieu of flowers, donations may be made to Care Dimensions, 75 Sylvan St., Suite B-102, Danvers, MA 01923m www.CareDimensions.org.