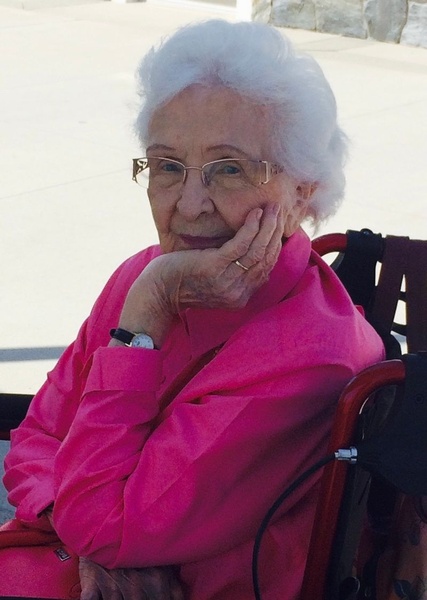 Hope Wallace (Booth) Ferrell, a resident of Westford, passed away on January 5, 2022, following a period of declining health. She was 99.

Born December 30, 1922, in Dalton, Massachusetts, Hope was one of seven children born to Willis and Marguerite (Kennedy) Booth. She graduated from Dalton High School in 1940, and married Richard S. Ferrell in 1941. She remained in Dalton during World War II while her husband served overseas in the military. After the war, Hope was able to travel extensively thanks to her husband's military career. They settled permanently in Westford, Massachusetts, in 1957, where Richard retired from the Army in 1961.

A homemaker who raised six children, Hope also enjoyed many other activities including gardening, reading, cooking, needlework, and traveling.

Hope was predeceased by all six of her siblings, and in 2001 she lost her husband five days before their 60th wedding anniversary. She is survived by her daughters Nancy Ferrell, Susan Ferrell, Pamela Fullford, Deborah Searle, and Judith LaBonte, and her son Richard Ferrell, Jr. Six grandchildren also survive her: Richard Ferrell III, Cliﬀord Ferrell, Alyssa (Ferrell) Flynn, Jessica Ferrell, Megan Searle, and Melina (LaBonte) Undercofler. She was grandmother to the late Rebecca Ferrell as well. Her four great- grandchildren include Autumn Ferrell-Shaw, Penelope Ortiz-Ferrell, Violet Ferrell, and Vivienne Ferrell.

Funeral and burial services will take place in the spring.