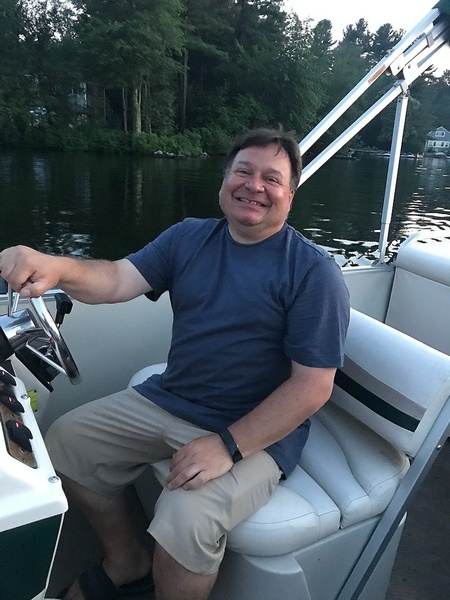 James J. Murray, beloved husband of Carla (Bullock) Murray passed away on Wednesday, June 9, 2021 surrounded by his family. He was 52.

Born in Lake County, Indiana on July 15, 1968 he was a son of James and Linda (Kobylinski) Murray of Lake Station, IN.

Jim grew up in Lake Station, IN and following high school enlisted in the US Navy.  Following his honorable discharge, he attended Purdue where he studied electrical engineering.    His expertise became the security industry where he worked at many top companies as a Global Product Manager.  His strong work ethic and attention to detail made him greatly admired and sought after.

Jim loved fishing, playing cards, muscle cars, collecting, sports and God, and lived each day to make it a masterpiece.  He always gave everything he did and 110%.  He was a devoted husband, father, son, brother and friend.  He will be deeply missed by all that knew him.

Surviving him besides his loving parents and Carla, his wife of 27 years are his three children, Thomas, Zachary, and Tyler Murray all of Westford; a sister and brother-in-law, Karen and Donnie Owen of Lake Station, IN; a niece Kathryn Owen; and many dear friends and family.

Relatives and Friends are invited to attend Jim's Celebration of Life at the Westford Healy Funeral Home on Saturday, June 12, from 2 until 6PM. Funeral Prayers will be in the funeral home at 6:00PM. Burial will be private. In lieu of flowers, donations in Jim's memory may be made to Paralyzed Veterans of America, New England Chapter, 1208 VFW Parkway, Suite 301,West Roxbury, MA 02132 www.newenglandpva.org/ways-to-give/make-a-donation/