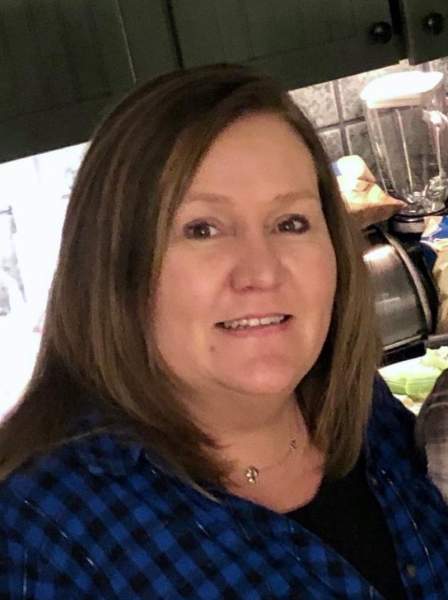 WESTFORD - Joanne M. (Lukas) Lehan, age 50, passed away unexpectedly on Wednesday, April 29 in Westford. For 24 years, she was the beloved wife of the late Jeffrey P. Lehan who passed away on April 28.

Joanne was born in Lowell on August 7, 1969, beloved daughter of Mary (Gallagher) Lukas of Chelmsford and Glenn Lukas of Delray Beach, FL. Joanne grew up in Chelmsford and was a 1987 graduate of Chelmsford High School. She was a longtime resident of Westford.

For the past 20 years, Joanne was employed as a school bus driver for Dee Bus Service. She was a member of the Women's Auxiliary at the American Legion - Nabnasset Post #437 in Westford.

Joanne was known as "Jo" by her friends and family. Joanne absolutely treasured her friends. She remained close to many from elementary, middle and high school, Camp Bernadette - as a camper, then a counselor, "the old neighborhood" and more. She was always available if you ever needed someone to hang out with or a shoulder to cry on. In the words of her cousin, she had an unexpected way to show up when you were down and knew exactly what to do and what to say. Joanne loved her job. She would often tell stories about the kids on the bus and could not wait to see them again after she had been out on leave. Joanne's family was especially important to her. She looked forward to having family around her at holiday gatherings, especially Christmas. Her children were the center of her world. She was always at their sporting events and was the team Cheer Mom. She was so proud of them and beamed with pride when speaking about their many accomplishments. She was looking forward to her daughter's wedding this October.

Besides her parents, she is survived by her two children, Danielle Lehan and her finance, Joseph Bower and Derek Lehan, all of Westford; her siblings, Lisa O'Hayre and her husband, Thomas and Glenn Lukas, all of Tyngsborough and Deana Scharn and her husband, Jason of Hudson, NH; also several brothers-in-law, sisters-in-law, aunts, uncles, cousins, nieces and nephews. She was the daughter-in-law of the late James and Elizabeth Lehan.

Arrangements - Family and friends are respectfully invited to attend a graveside prayer service for both Jeffrey and Joanne on Saturday morning, October 31, 2020 at 10AM at St. Catherine Cemetery, Pine Ridge Road in Westford.
Arrangements are in the care of the Westford Healy Funeral Home, 57 N. Main St., Westford - www.healyfuneralhome.com