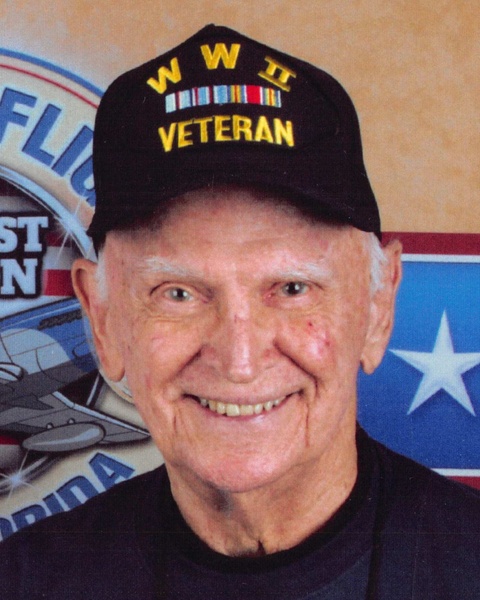 NORTH BILLERICA - John E. LeCourt, 96, a resident of North Billerica and former 30 year resident of Pompano Beach, Florida died on September 14, 2022 at Lahey Clinic Hospital. He was the beloved husband of the late Constance Marie (Favreau) LeCourt until her passing in 1975.

He was born in North Chelmsford, MA on September 23, 1925, and was the son of the late Claudia (Beaudette) and Ernest LeCourt. Upon graduating high school John went on to proudly service his country in the United States Navy, which he was most proud of. He later obtained his Bachelor’s degree from Suffolk University.

John loved ballroom dancing, dancing from the young age of 17 and continuing until he was 93. He could always be found in nice dress and took pride in his appearance. He was an avid walker, who over the years obtained the nickname “Johnny walker” for all the miles he would go out and do. He enjoyed crossword puzzles and volunteering for the local hospital, which brought him great joy for over 10 years.

He is survived and will be deeply missed by his two daughters, Claudia LeCourt-Roper and her husband John of Tewksbury and Ann Marie LeCourt and her wife Kelly McCausland of Edgartown; his two grandchildren Thomas J. Roper and Greta McNeil and her husband Devin; as well as many other family and friends.

Relatives and friends are invited to John’s Celebration of Life on Wednesday, September 21, 2022 from 4PM until 7 PM at the WESTFORD HEALY FUNERAL HOME, 57 N Main Street, Westford. His Funeral Mass will be celebrated on Thursday, September 22, 2022 at 10AM at Blessed Trinity Parish-St. Catherine of Alexandria Church, Westford. Burial to follow in St. Joseph Cemetery, Chelmsford. In lieu of flowers, donations made be made in John’s memory to Tunnel to Towers Foundation, 2361 Hylan Boulevard, Staten Island, NY 10306.