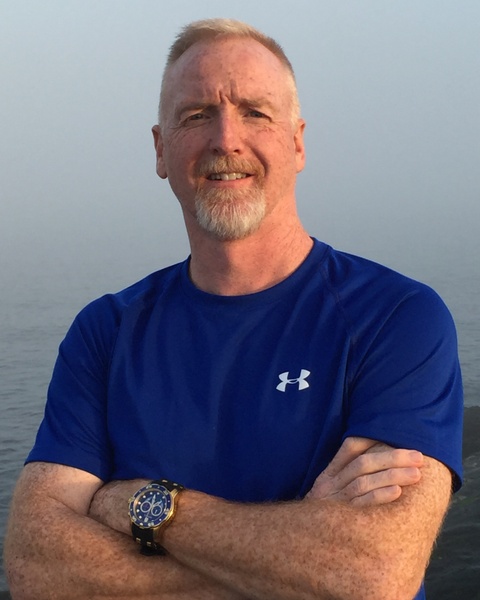 Joseph M. Underhill, 58, a long-time resident of Westford died peacefully surrounded by his family after a hard fought battle with cancer. He was the beloved husband of Cristina (D’Alleva) Underhill with whom he was married to for 33 years.
Joe was born on July 10, 1964 and was a son of the late Norma S. and Hugh F. Underhill.
In addition to his wife Cristina, Joe is survived and will be deeply missed by his three children, Jessica (Underhill) Folan and her husband Sean, Timothy Underhill and Brian Underhill all of Nashua, NH; his two brothers, James Underhill and his wife Joanne of Nashua, NH and John Underhill and his wife Gia of Westford; his two sisters, Judy (Underhill) Berger and her husband Jeff of Cape Neddick, ME and Jane (Underhill) Buxbaum and her husband Dave of Newburyport; his in-laws, Carmine and Nina D’Alleva of Nashua, NH; his two brother-in-laws, Nicholas D’Alleva and his wife Tricia of Litchfield, NH and Lenny D’Alleva of Bedford; as well as many nieces and nephews.
Relatives and friends are invited to Joe’s Celebration of Life on Monday, August 22, 2022 from 4 PM until 7 PM at the BLESSED TRINITY PARISH - ST. CATHERINE OF ALEXANDRIA CHURCH, 107 N Main Street, Westford. His Funeral Mass will be celebrated on Tuesday, August 23, 2022 at 10 AM in the Church. In lieu of flowers, donations may be made in Joe’s memory to either Blessed Trinity Parish or in support of the Mass General Hospital. Checks can be mailed to Massachusetts General Hospital c/o Development Office, Attn: Lauren Della Russo, include “Cutaneous Squamous Cell Research” on the memo line. Gifts online can be made at https://giving.massgeneral.org/donate/?dr-miller&re_appeal=2107MGEMXXDM&re_fund=223606&is_designation=1&designation=Dr.%20David%20Miller%E2%80%99s%20Skin%20Cancer%20Research%20Fund.