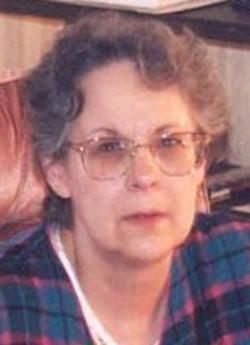 WESTFORD - June Elizabeth (Armstrong) Mottola, 78, loving wife for over 58 years to Charles V. Mottola, passed away peacefully with her daughter, Diane Mottola by her side on Friday, March 20, 2015 in Westford.

She was born in Vanceboro, ME on June 24, 1936, a daughter of the late Herman and Laura Armstrong. She had been a resident of Westford, MA since 1972. June was a loving wife and devoted mother. She treasured spending time with her family and friends, caring for her pets and birds, cooking, gardening, and music.

Besides her loving husband, Charles, she is survived by two sons, Richard Mottola of Westford, and Mike Mottola and his wife, Vivian of Clermont, FL; two daughters, Pamela Mitchell and husband, Timothy of Granby, CT, and Diane Mottola of Lowell, MA; a sister, Joanne Morine of Sparks, NV; she was a proud and loving grandmother to 5 grandchildren and 2 great-grandchildren, Chelsea, Philip, and Neil Mitchell, Kenny and Cody Birge, Haley and Ryan Birge and her cherished "Kitty"; she also leaves several aunts, uncles, nieces and nephews. She was the sister of the late Roberta McGuire.

Relatives and friends may call at the J. A. HEALY SONS FUNERAL HOME, 57 N. Main St., WESTFORD, on Tuesday, March 24, from 4 until 8pm. A funeral service will be held on Wednesday morning at 10:00 o'clock at the Funeral Home with a brief period of visitation one hour prior to the service. Interment to follow in Pine Grove Cemetery, Westford. Those who wish may make memorial contributions to the Alzheimer's Assoc., 480 Pleasant Street, Watertown, MA 02472. To share your thoughts and memories of June, please click the sign guestbook link.