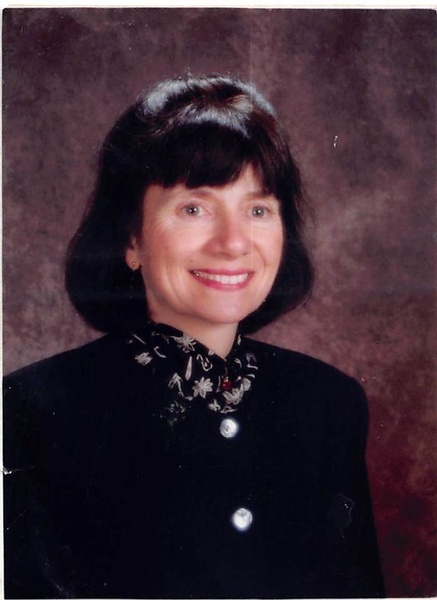 Karla M. (Krank) Azonabor, a Westford resident, formerly of Dracut passed away peacefully on Wednesday, October 6, 2021 following a decade long battle with Alzheimer's. She was 69.

Born on April 27,1952 in Dickinson, North Dakota, she was a daughter of the late Charles and Jean (Etherington) Krank.

Karla grew up and was educated in Dickinson, ND. She graduated from Trinity High School in 1970 and then commuted from home to Dickinson State University. After two years there and with encouragement from her sister, Linda, she transferred to the University of North Dakota where she met the love of her life, Andrew Azonabor.

Upon graduating in December of 1973 with a Bachelor of Science in Elementary Education (Cum Laude) Karla began student teaching Elementary Language Arts in Lake Agassiz, Grand Forks, ND. Karla and Andrew moved to East Grand Forks, MN where she continued teaching at Sacred Heart Grade School. From there they moved to Duluth, MN where she taught until 1979. From 1979-1983 Karla taught at Visitation Grade School in Minneapolis, MN. In 1983 Andrew, was offered a new job opportunity with Digital Equipment Corp.,in Massachusetts, and together with three children they moved and settled in Leominster where Karla began teaching at Julie Country Day School. After three years, they moved to Dracut and she began teaching at the Academy of Notre Dame until 1993. Karla transitioned from private Catholic Schools to public and began teaching at the Campbell School, in Dracut. During that time, Karla received her Masters of Education degree from Fitchburg State University. She officially retired on her Birthday in 2015.

Karla was a devout Catholic and communicant of St. Michael Parish in Lowell while living in Dracut and St. Catherine of Alexandria Parish while living with and near her two daughters, in Westford. Karla also enjoyed walking, baking, and decorating (especially for the Holidays). Most of all, Karla loved to be surrounded by her children and grandchildren.

Relatives and friends are invited to Karla's Celebration of Life at the Westford Healy Funeral Home, 57 North Main Street on Thursday from 4 until 8. Her Funeral Mass will be celebrated on Friday at 10 in St. Catherine of Alexandria Church, 107 North Main Street, Westford. Burial will follow in St. Catherine Cemetery. Donations in Karla's memory may be made to the Alzheimer's Association, 309 Waverley Oaks Road, Waltham, MA 02452, or alz.org Due to Westford Board of Health mandate, Masks are required regardless of vaccination status.