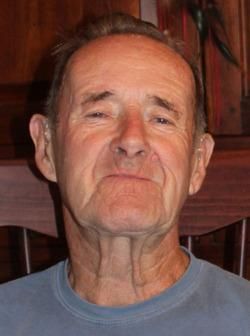 Lawrence was born June 6, 1933 in Westford, Massachusetts a son of the late Charles and Agnes H. (Smith) Alcorn.

Lawrence was educated through the Westford school system and a graduate from Westford Academy. He then joined the United States Navy in 1951 and later transferred to the United States Air Force where he was an aircraft mechanic serving his country during the Korean Conflict and ultimately honorably discharged in 1956.

Upon his discharge from the service, Lawrence received his trucking license and worked for over forty years in the trucking transportation industry, working for J.P. Stevens and Wright Trucking.

Lawrence was a former member of the H.E. Fletcher and Social Athletic Club and in his free time enjoyed tending to his gardens.

He was pre-deceased by his sons, Robert and Jeffrey Alcorn, and his two brothers, Murray and Donald Alcorn.

ARRANGEMENTS - Relatives and friends are invited to his visitation on Saturday April 30th at the J.A. HEALY & SONS FUNERAL HOME, 57 North Main St. Westford, MA. from 9:00 am to 10:30 am. A prayer service will begin at 10:30 am to be followed by his burial in Fairview Cemetery, Westford. IN LIEU OF FLOWERS, the family has asked that donations be made to the Alzheimer Foundation of America, 322 Eight Ave. Floor 7, New York,N.Y. 10001 http://www.alzfdn.org/ To share your thoughts and memories of Lawrence, please click the sign guestbook link.