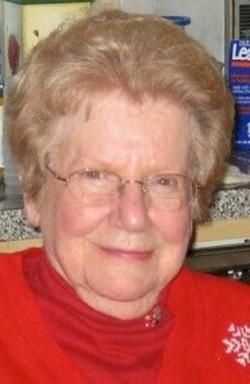 Mrs. Loretta Eva (Gamache) Tousignant, a long time residentof Westford, peacefully passed away Wednesday April 20th at her son’s home in Townsend surrounded by her family.Loretta was born on May 6, 1925 in Nashua, New Hampshire a daughter of the late Aldege and Laura (Casista) Gamache. Loving wife to the late Roland J. Tousignant with whom she was married to for 68 years.Loretta worked as a manager at A.G. Pollard Department store in Lowell for many years and later changed careers and had been a hairdresser up until her retirement.She was a founding charter member and president of the Re-instituted Emblem club of Littleton -Westford #244. Loretta enjoyed being with her family, friends, gardening and crafting. She was a parishioner of St. Catherine of Alexandra Parish and also volunteered for meals on wheels and belonged to the Cameron Senior Center.Loretta is survived by her son, Ernest R. Tousignant; a sister, Irene Mercier of Hollis, N.H., a brother, Robert Gamache and his wife Alicia of Albuquerque, New Mexico; a granddaughter, Theresa M. Tousignant and her boyfriend Seth Butynski of Quincy, MA; a grandson, Marc E. Tousignant and his wife Charry (Montes) of Westford; great grandchildren, Alexander and Danielle Tousignant as well as many nieces and nephews. Loretta was pre-deceased by her siblings, Theresa Pelchat, Florence Gilbert, Aldege (Sonny) Gamache Jr. and her daughter in law, Arleen F. (Fields) Tousignant.
ARRANGEMENTS - Relatives and friends are invited to her visitation on Friday April 22nd at the J.A. HEALY & SONS FUNERAL HOME, 57 North Main St. Westford, MA. from 4:00 to 7:00pm. Funeral Saturday morning, April 23rd with a Mass of Christian Burial at 9:00 am at St Catherine of Alexandria Parish, 107 North Main St. Westford. Interment to follow at St Catherine Cemetery.