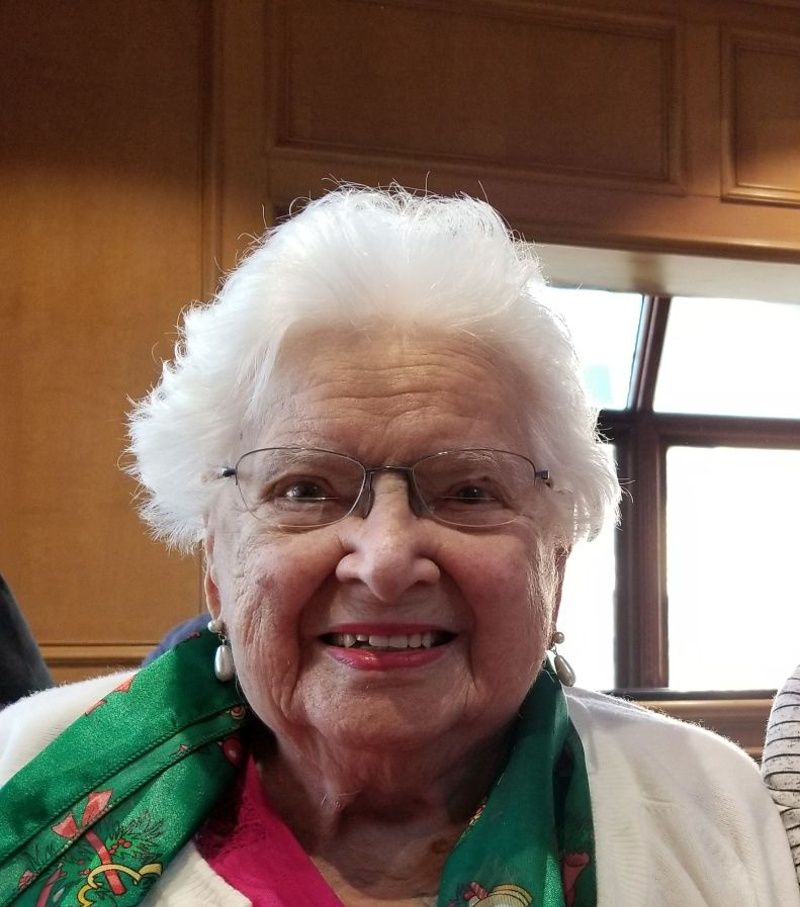 Lorraine (Greenwood) LeDuc, 94, of Pennsauken, NJ, formerly of Westford, MA, passed away peacefully on August 8th with her loving daughter and family by her side. She was born in Tewksbury, MA on February 19, 1925 to the late Beatrice (Gelineau) (Greenwood) Constantineau and Louis Greenwood. She was preceded in death by her husband, Henry A. LeDuc and son H. Emile LeDuc.

From the age of 16 Lorraine worked in a variety of factories in Lowell as a stitcher. In later years she worked in the bindery at Murray Printing in Forge Village until her retirement in 1987. Lorraine enjoyed having an "open kitchen" in the summer so her grandchildren could place their orders for breakfast, lunch, and supper. Her grandchildren have many fond memories of adventures with Grammy whether they were picking strawberries, visiting the beach, or making hoodsie cup sundaes at home. She spent many hours caring for her property…especially digging in her gardens getting the dirt under her fingernails! Lorraine also loved spending time baking chocolate chip cookies (leaving a few "chip less" ones for her grandson Stephen), apple turnovers, and cakes for special occasions. She spent many summers canning tomatoes, making piccalilli, and grape jelly. Lorraine loved to crochet and knit and spent countless hours making afghans, mittens, and crocheted towels, many of which were donated to the Cameron Senior Center. At the age of 83 she became an avid reader of Amish Fiction…many hours were spent "lost in a good book".

After 70 years in her home in Graniteville, Lorraine moved to New Jersey to be close to her daughter and family. She loved knowing that someone was always stopping by whether it was to take her to lunch or just spend time with her. Lorraine especially enjoyed being with her great-grandson, Zackary. Zackary cherished her and lovingly "helped" arrange her seasonal village on the buffet making her smile. He was always eager to add a new animal figure to the village for Grammy!

Arrangements - Family and friends are invited to celebrate Lorraine's life at the J. A. HEALY SONS FUNERAL HOME, 57 N. Main St., Westford, on Thursday morning, August 22 from 8:30 to 9:30am. Her Funeral Mass will follow at 10 o'clock at St. Catherine of Alexandria Church, Westford. Interment at St. Catherine Cemetery. In lieu of flowers, donations may be made in Lorraine's name to St. Jude Children's Research Hospital or The American Heart Association.