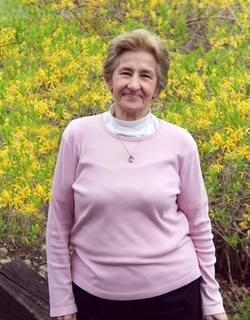 WESTFORD: Lorraine M. (Morin) Millette, age 77, a long time resident of Westford, died on Friday June 27, 2014, at Emerson Hospital in Concord following a short battle with cancer. She was the widow of Henry J. Millette who died in 1997.

She was born in Lowell on June 23, 1937, daughter of the late Ernest & Florida (Blanchette) Morin.

Lorraine was a devoted wife, mother and grandmother who dedicated her time to raising her family.

ARRANGEMENTS: Relatives & friends will be received on Weds. July 2 at the J.A. HEALY SONS FUNERAL HOME, 57 NORTH MAIN STREET, Westford, MA from 4:00-8:00 PM. Funeral Thursday morning with a prayer service to take place in the funeral home at 10 o'clock a.m. Interment to follow at St. Joseph Cemetery in Chelmsford.