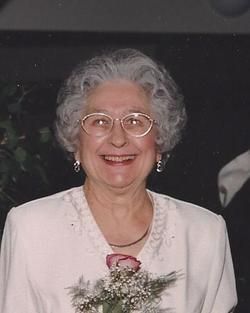 LOWELL- Marie A. (Ricard) Deloge, age 87, a lifelong resident of Westford, recently of Lowell, died peacefully at home on June 20th with her two daughters and grandson, Joseph, by her side. She was the wife of the late Joseph A. Deloge, who died on June 28, 1996. Marie and Joseph had been married for 49 years.

Born in Westford, MA, April 7, 1928, Marie was the daughter of the late Maxime and Rosa (Brule) Ricard. Marie attended Westford schools and was a graduate of Westford Academy, class of 1946. After graduating, Marie worked for the Abbott Worsted Mills, Murray Printing, and Currier before retiring in 2000. She enjoyed crossword puzzles and line dancing. Marie especially enjoyed traveling, taking cruises and spending time with her family. She was also a long time communicant of St. Catherine of Alexandria Parish.

Marie is survived by two daughters, Diane and her husband John Antonelli, of Lowell, and Rosanna Deloge of Campton, NH; four grandchildren, John Antonelli and his wife, Faith, of Lowell, Lisa Desjardins and her wife, Lisa Violette, of Plainfield, CT, Joseph Desjardins of Campton, NH, and Michael Antonelli and his wife, Melanie, of Dracut; four great-grandchildren, Nikolas and Natalia Antonelli of Lowell and Claire and Emily Antonelli of Dracut, a brother, Viateur "Vic" Ricard; a sister-in-law and dear friend, Rita Ricard of Westford; and several nieces and nephews.

ARRANGEMENTS: In keeping with Marie's wishes, her service was private. Please share your condolences, thoughts and memories by clicking the guestbook link.