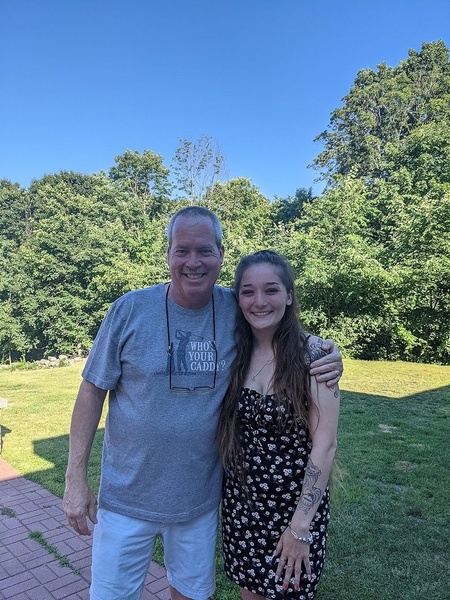 WESTFORD – Matthew "Matt" Stone Kitner, loving and devoted husband, father, brother, and friend to many, passed away on his 53rd birthday on Thursday, January 6, 2022 at his home and in the arms of his beloved wife of 27 years, Tracy L. (Morton) Kitner, following a long and courageous battle with cancer.

Matt was born in Lowell on January 6, 1969, and was a son of the late Frank and Phyllis (Farley) Kitner. He was a longtime resident of Westford and graduated from Westford Academy, class of 1987.

Matt was a passionate and dedicated employee of D'Youville Life and Wellness Community in Lowell, where he formed intimate relationships with and touched the lives of his coworkers and the residents alike. Matt worked as the Director of Building Projects and IT and was responsible for many developments and expansions during his tenure. Matt was also an Associate of the Sisters of Charity of Ottawa and participated in their International Congress in Canada. He held a special place in his heart for all of the Sisters and Associates.

Matt was an avid golfer and cherished his time spent with many great friends at Nabnasset Lake Country Club in Westford, where he was a longtime member and served on their Board of Governors. Matt loved golfing at Nab, as well as many other courses around the country, especially in Palm Springs, CA, where he played annually for over 20 years.

Matt loved the Grateful Dead and attending their concerts with his son and lifelong childhood friends. He was a diehard Boston sports fan and attended many Patriots, Red Sox, and Bruins games with loved ones, and never missed watching a game with his daughter. He treasured his time traveling and vacationing with Tracy and his children, going on fishing trips with his friends, and spending time with his beloved pup, Mayhem and grandcat, Fredo. Most of all, Matt loved to bring joy to others, and he took on every day with a positive attitude and smile.

In addition to his wife, Matt is survived by his son, Andrew F. Kitner of Maynard and daughter, Natasha L. Kitner of Westford, and their partners, Catie Martin and Gregory Pearce respectively; two brothers, John Kitner of Farmington, NH, and Mark Kitner of Westford; his brother-in-law, Kenny Cail of Groton; his father-in-law, Herbert Morton and his wife Deborah of Tyngsboro; his sisters-in-laws, Kelly Moore of Bridgton, ME, Kristy Connery and her husband Adam of Tyngsboro, Marsha Brew and her husband Adam of Milford, NH, and Deborah Morton of Goffstown, NH; many nieces and nephews; as well as countless life long friends.

The family wishes to send a special thank you to Dr. Chen, his nurse Lisa, and all the staff at Mass General Cancer Center at Emerson - Bethke for their exceptional care and compassion.

Relatives and friends are invited to Matt's Celebration of Life at the WESTFORD HEALY FUNERAL HOME, 57 N. Main Street, Westford on Monday from 4:00 until 8:00pm. His Funeral Mass will be celebrated on Tuesday at 10:00am at St. Catherine of Alexandria Church in Westford. Face masks are required at the funeral home and church. To view the Funeral Mass live online please visit https://client.tribucast.com/tcid/845151009. In lieu of flowers, donations may be made in Matt's memory to the American Cancer Society.