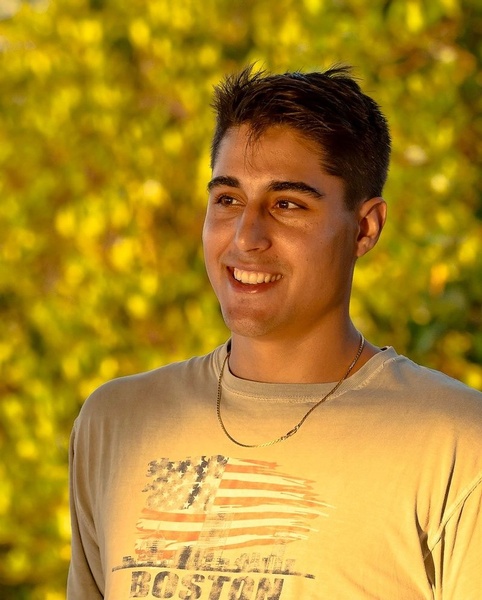 WESTFORD - Michael T. Barrett, 26, died unexpectedly from injuries sustained as the result of an automobile accident on August 3, 2021.

He was born in Springfield, MA on June 30, 1995 and is the son of Major Tony Barrett, USMC (Retired) of Westford and Marina (Campos) Barrett of Vernon, CT. Michael was raised and educated in Wilbraham and was a 2014 graduate of Minnechaug Regional High School.

He was attending his third year at Boston Architectural College, where he truly excelled in his studies of architecture and had dreams of becoming an architect.

Michael loved anything that had to do with the outdoors, especially hiking mountains and being in nature. He enjoyed traveling and also had a soft spot for all animals. Anyone who knew Michael will attest to his kindness, the purity of his soul and his never ending enthusiasm for life. His absence will be missed not only now, but for generations to come.

In addition to his parents, Michael is survived and will be deeply missed by his brother, Tony Barrett IV; his sister-in-law, Amber Warner; his paternal grandparents, Sheila Sullivan, Gil Barrett and his wife Debbie Barrett; his maternal grandmother, Norma Sammut; his uncle, Ryan Barrett; his aunt, Charlene Mancini; his three cousins, Tyler and William Carson and Kaleigh Barrett as well as his mother's fiancé, Michael Haberern.

Relatives and friends are invited to Michael's Celebration of Life Memorial Service on Tuesday, August 10, 2021 at 5:30PM at the WESTFORD HEALY FUNERAL HOME, 57 N Main Street, Westford, MA. Michael's family will be at the funeral home from 5 PM until 7 PM for those who wish to extend their condolences. In lieu of flowers, donations can be made in Michael's memory to Best Friends Animal Society, Attn: Donor Relations, 5001 Angel Canyon Road, Kanab, UT 84741 or at www.bestfriends.org.