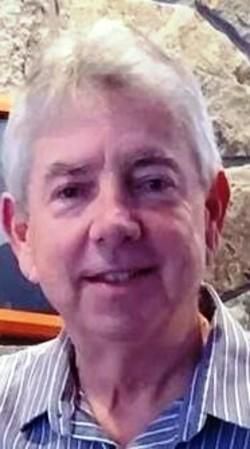 WESTFORD - Michael Ralph Carey, age 65, passed away on July 18, 2017 after a long, brave battle with cancer. He was the beloved husband of Andrea E. (Lord) Carey with whom he would have celebrated 30 years of marriage on August 15th, 2017.

Mike was born in Lowell on August 28, 1951, a son of the late John and Geraldine (Newman) Carey. He was raised in Somerville, attended Southern Junior High School and graduated from Somerville High School, class of1969.

He served in the U.S. Air Forcewiththe security police from January of 1970 until May of 1974 including a year in Vietnam and fifteen months in Thailand. After his time in the service, Mike furthered his education. He earned his associates degree in nursing from Mass Bay Community College, bachelors degree in nursing from Fitchburg State and masters in mental health from Boston University. While furthering his education, he began working for the VA Hospital, first at the Boston VA in Jamaica Plain and transferring to the Bedford VA where he spent the bulk of his career. He began his career in mental health and retired from the position of Quality Manager in 2012 after 34 years. Mike also served in the Air Force Reserves as a flight nurse with the74th Aeromedical Evacuation Squadron out of Westover Air Reserve Base in Chicopee for many years. His unit was called up during Desert Storm in 1991 and he spent 4 months in the Middle East, arriving home just in time for the birth of his first son. He retired from the Reserves in 2006 at the rank of Major.

He was a member of the United Methodist Church in Westford where he was involved withthe men’s breakfast group, bible studies and the Stephen Ministry program.

His family would like to thank the Bedford VA Hospice for the exceptionalcare he received during his time with them.

Besides his wife, he is survived by two sons, Matthew Carey of Chicago, IL and Eric Carey of Westford; two brothers, Thomas Carey and his wife Sandi of Colorado Springs, CO and Timothy Carey and his wife, Kathy of Northbridge; his mother-in-law, Elaine Lord of Westford; a sister-in-law, Cynthia Lord and her husband John Bald of Brunswick, ME; also several aunts, cousins, nieces, nephews,one great nephew and many dear friends.

CAREY - Family and friends will gatherto honor and remember Michael at the J. A. HEALY SONS FUNERAL HOME, 57 N. Main St., WESTFORD on Friday, July 21st from 4 to 8pm. His Funeral Service will take place on Saturday morning July 22nd at 10am at the United Methodist Church of Westford, 10 Church St., Westford. All are asked to please go directly to church. Interment with Military Honors to follow at Pine Ridge Cemetery, Chelmsford. In lieu of flowers, memorial contributions may be made to the Bedford VA Hospital, David James Hospice Wing, Unit 2C, 200 Springs Road, Bedford, MA 01730 or a charityof your choice. To share your thoughts and memories of Michael, please visit www.healyfuneralhome.com-978-692-6502<iframe id="tukios_player_512x330" allowfullscreen="true" allowtransparency="true" frameborder="0" height="330" scrolling="no" src="https://www.tributeslides.com/videos/embedded_video/9NJMXZWCTMHL4LMF" width="512"></iframe>