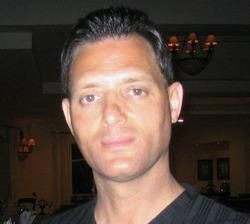 He was born onDecember 12, 1960and raised in Montreal, Quebec, a beloved son of Peter and Georgia (Kallergis) Dictakis of Montreal who survive him.

Nicholas resided in Hudson, NH for the past ten years and was currently employed as a channel sales manager at Globalscape.

He loved music and was a big fan of the Beatles. He enjoyed collecting watches, cooking, ice skating, hockey and was an avid fan of the Montreal Canadiens. Most of all, he was a devoted father who loved nothing more than being with his son.

Besides his parents, Peter and Georgia, he is survived by his son, Zack Dictakis of Westford; his former wife and lifelong friend, Meg Temple of Westford; a brother, Lambros Dictakis and his wife Katina of Montreal, Quebec; he was the godfather and uncle to Alexandra Dictakis and uncle of Panayiotis Dictakis, both of Montreal; also several aunts, uncles and cousins.

ARRANGEMENTS - Visitation will take place at theHoly Trinity Greek Orthodox Church, 62 Lewis St., Lowellon Saturday morning, June 4, from 9 until 10 o'clock followed by a Funeral Service at 10 o'clock at the church. Interment to follow at Pine Grove Cemetery, Westford. Those who wish may make memorial contributions to the Holy Trinity Church. To share your thoughts and memories of Nicholas, please click the sign guestbook link.