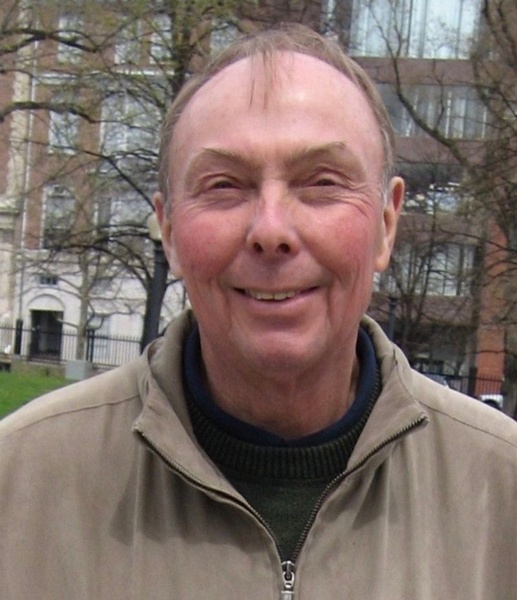 Peter Quintiliani, Sr., age 74, formerly of Uxbridge, MA, passed away peacefully after a long illness. Peter was born in Quincy, MA on April 17, 1947, the son of the late Edmund Quintiliani and Anne (Cuthbertson) Quintiliani. Peter grew up in Braintree, MA and pursued a number of interests and hobbies throughout his life including vintage auto and motorcycle racing, Ice racing, dirtbike racing, vehicle and antique restoration, and carpentry.
Peter was a graduate of Braintree High School and Northeastern University where he majored in marketing. He completed Northeastern's work study program and continued working at WGBH in Boston where his team had the honor of winning a Clio Award for excellence in advertising.
After graduation, Peter completed basic training at Fort Legier, South Carolina and served as a sergeant and jet engine mechanic in the Marine Reserves at Weymouth Air Force Base. After being honorably discharged, he started and presided over a direct mail marketing company. He married his wife, Helen Gaye (Gaspari) Quintiliani in Quincy, MA, on September 13, 1986.
In addition to his wife, Gaye Quintiliani of Ayer, MA, Peter is survived by his daughter, Elena M. Kennedy and her husband Ed, of Carlisle, MA., his son, Peter Quintiliani, Jr. and his wife Alycia, of Waltham, MA, his granddaughters, Cassandra Anne, Ella Sophia, and Annaleigh Grace Kennedy of Carlisle, MA, and his dear cousins, Lisa Raymond of Braintree, MA and Patricia Bates of Middleboro, MA.
SERVICES: A funeral mass will be celebrated on Friday morning, April 22, at 10:00 AM at Saint Catherine of Alexandria Church, 107 N. Main St, Westford, MA. Burial will be private. In lieu of flowers, memorial donations may be made payable to The Association for Frontotemporal Lobe Degeneration (FTD) AFTD, 2700 Horizon Drive, Suite 120, King of Prussia, PA, 19406
https://www.theaftd.org/support-aftds-mission/