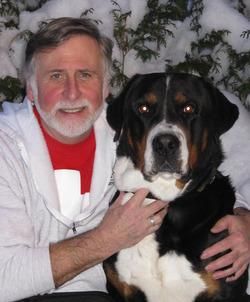 Peter Ziegler, age 73, passed away unexpectedly on Sunday, October 1, 2017 at his home in Pepperell. He was the husband of the late Ann (Queenan) Ziegler who passed away in 2004 and Vreni (Fischbacher) Ziegler who passed away in 1993.Peter was born May 6, 1944 and raised Beringen, Switzerland, the only son of the late Franz and Alice (Dalcher) Ziegler.He served in the Swiss Army as a sniper early onin his life and received his education in Switzerland where he earned his engineering degree in Electronic, Scientific and Communications Engineering Technology from 1966 to 1970. In 1971 he followed his dream of coming to America and moved to New York City. Eventually Peter and his family settled in Westford where he resided for many years before relocating to Pepperell.Prior tohis retirement Peter was an Applications Scientist at Bruker BioSpin Corporation in Billerica, Massachusetts for 42 years. He was amember of the Tyngsboro Sportmen's Club where he belonged to the shooting league andwas the President of the Swissy Club of New England.He also enjoyedhiking with his Greater Swiss Mountain Dogs,Baril and Clint, who were his life.

He is survived by his three children, Daniel Ziegler of South Carolina, Christina Ziegler of Ayer, Massachusetts and Nadja Ziegler-Courchaine of Maine; a sister, Dorli Hübscher of Beringen, Switzerland; three grandchildren, Cody and Kiana Courchaine of Maine and Catalina Ziegler of South Carolina; two nieces, Monika and Petra Hübscher and a great niece, Ronja Hübscher, all of Beringen, Switzerland.

ARRANGEMENTS: At Peter's request services will be held privately and a Celebration of Life will be held at a later date. For those who wish, donationsin his memory may be made toTrustees of Tufts Collegebecause of the exemplary veterinary care his beloved Swissies have received or theTyngsboro Sportsman's Clubto honor the enjoyment the sport brought to Peter's life. Donations to either cause can be sent c/o Christina Ziegler P. O. Box 1562 Pepperell, MA 01463.