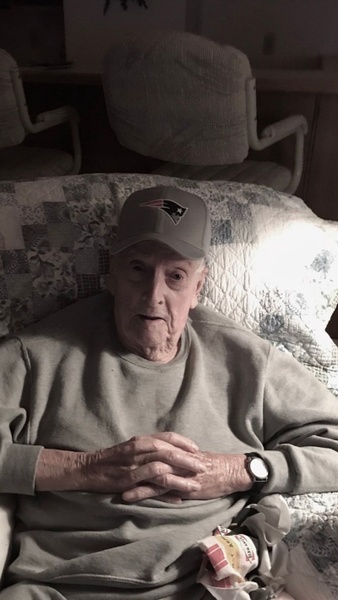 Richard Rice, husband of the late Joan (Marcos) Rice, passed away on Wednesday, March 17, 2021 at his Westford Residence. He was 92 and a few days away from his 93rd birthday.

Richard was born in Westford on March 23, 1928, a son of the late S. Elizabeth (Hildreth) Tallard. He was educated in the Westford schools and a life long resident of the town.

Richard loved Mack trucks. When he was younger he worked for Wright Trucking and in 1960 he started Rice Alsphalt Paving, a company he operated for 60 years. He was joined by his sons Ricky and Stephen and they operated the company until 2018. During the winter months he plowed the state roads in Massachusetts. Richard's passion was work. He worked seven days a week. Richard was an avid Red Sox fan. He liked to stop by the former Tiki Lau and the Westford Franco American Club where he was also a member. He enjoyed playing Keno when he had the opportunity.

Survivors include his three daughters and spouses, Deborah and Al Pickard of Townsend, Sharon Smeriglio and Mike Ayala of NH, Pamela and Dan Butler of Brookline, NH; 9 grandchildren; and 24 great grandchildren. He was the father of the late Richard T. Rice, Sandra J. Corr, Stephen C. Rice, and brother of the late Doris Squeglia and Shirley Roy.

Due to current gathering restrictions funeral services were private. Donations in Richard's memory may be made to the American Heart Association, 300 5th Avenue, Suite 6 Waltham, MA 02451.