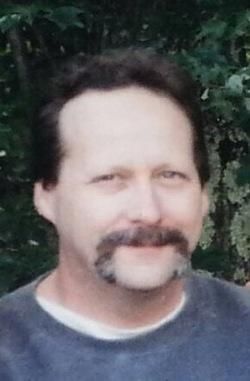 PEPPERELL - Richard S. Taylor, age 61, passed away on Friday, March 25, 2016 at Mass General Hospital in Boston after a courageous battle with leukemia. He was the husband of the late Patricia A. (Lowney) Taylor.
He was born in Lowell on June 8, 1954, a son of the late Raymond and Pauline (Scott) Taylor. Richard was a resident of Pepperell for the past two years and was formerly of Lowell and Billerica.

He was employed as a machine operator at Wakefield-Vette in Pelham, NH for the past six years. He was previously employed at Stafford Manufacturing in Wilmington for twenty years.

Richard enjoyed woodworking and was an excellent furniture maker. He was an avid outdoorsman and enjoyed camping, fishing and four wheeling. He was a generous person who who do anything for those in need and loved nothing more than being with his family.

He is survived by his two children, Richard C. Taylor and his wife Jacqueline of Farmington, NH and Tracy L. Canty and her husband Ian of Nottingham, NH; a step-son, Mike Cleary of Florida; a brother, Raymond Taylor and his wife Janice of Haverhill; seven grandchildren, Natasha, Evan, Ricky, Ryan, Abby, Cami and Ariyah; also several nieces. He was the brother of the late Joyce Reader.

ARRANGEMENTS- At his request, services will be held privately and a Celebration of Richard's life will be held at a later date. Arrangements are in the care of the J. A. HEALY SONS FUNERAL HOME, 57 N. Main St., WESTFORD. To share your thoughts and memories of Richard, please click the sign guestbook link.