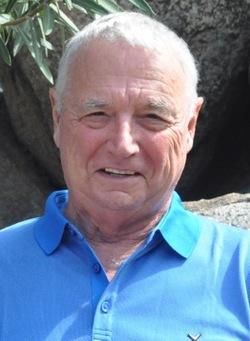 Richard L. Welch, age 72, of Naples, Florida, formerly of Yarmouthport and Westford, MA, passed away unexpectedly at Mass General on April 13, 2015 with his family by his side. For 51 years, he was the beloved husband of Judith M. (St. Pierre) Welch.

He was born in Lowell on January 7, 1943, son of the late Lawrence & Violet (Brun) Welch. He attended Lowell Schools, and then served in the National Guard.

Richard started Welch Welding in North Chelmsford in 1977, where he owned and operated the business until his retirement in 2005, at which time his son took ownership.

He was an avid golfer, enjoyed traveling in his motor home, and enjoyed various outdoor activities. He and his wife hiked the Appalachian Trail, canoed the Allagash River and was a seasonal skier at Sugarloaf MountainUSAfor 18 years where he was the president of the Association. He also completed the Boston Marathon in 1992.

Besides his wife, he is survived by two sons and daughters-in-law, Bradford and Susan Welch, and Brian and Sandy Welch, all of Westford; four grandchildren, Tiffany, Jason, Michelle and Steven; also a niece and three nephews. He was pre-deceased by his sister, Jacqueline Normandy and her husband Edward.

ARRANGEMENTS: Relatives & friends may call on Friday April 17, 2015 at the J.A. HEALY SONS FUNERAL HOME, 57 NORTH MAIN ST., WESTFORD, MA from 4:00-8:00 PM. Funeral Saturday morning with a Funeral Mass at 11:00 AM at St. Catherine of Alexandria Parish, 107 North Main St., Westford. Interment to follow at St. Joseph Cemetery in Chelmsford. A memorial service will also be held in Florida at a later date.

IN LIEU OF FLOWERS, donations in his memory may be made to the Mass General Neurological ICU Unit, 55 Fruit St., Boston, MA