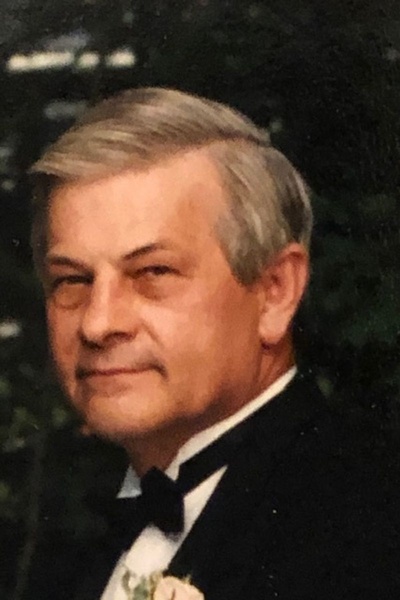 Bob was born February 5, 1939 and brought up in Fair Haven, N.J. He attended the Fair Haven school system and then Rumson-Fair Haven Regional High School, where he graduated as valedictorian. He matriculated at Dartmouth College in the fall of 1957, was in the last class of Sigma Chi's at Dartmouth, and was an Air Force ROTC candidate, graduating with an A.B. in 1961. He spent the next year at Thayer School of Engineering graduating with an additional degree in electrical engineering.

The Fair Haven school system is also where he first met Judith Anne "Judy" Enright – in kindergarten – beginning a relationship that would last over 70 years. Bob and Judy were married in 1962 after they had both finished college, and they immediately went off to Holloman AFB, New Mexico where Bob began his service in the USAF. The stories from his time flying in the backseat of F-106 Interceptors as an avionics officer enlivened many subsequent Thanksgiving dinners. Bob left the service in February 1965 and the two moved to Belmont, Massachusetts where Bob started work in Honeywell's computer division as a logic designer. While with Honeywell, he earned his MBA from Boston University night school, and in 1972 they moved to their current home in Westford, Massachusetts. At Honeywell he became Director of Systems Engineering and was involved in the very early formative stages of AI research.

In 1984 Bob joined Lexi-Data Corporation as Vice President of Engineering, later moving to Apollo/Hewlett-Packard in the fall of 1987. He eventually became a corporate level program manager with HP, managing CEO Lou Platt's effort to coordinate with Samsung. Bob retired in 2004, and since then has continued to follow Dartmouth news, Boston sports, his grandchildren's adventures (his appearance as Mad Eye Moody at his granddaughter's Harry Potter-themed birthday party was Oscar-worthy), and read over 800 books. He is remembered for his generosity, steadfast ethics, firm convictions, and living life on his own terms. No one was more organized, and no happy hour was as happy as those that included Bob.

Relatives and friends are invited to attend Bob's Celebration of Life at the WESTFORD HEALY FUNERAL HOME, 57 N Main Street, Westford on Thursday from 4 until 6PM. A Memorial service will be held immediately following at 6PM in the funeral home. Burial will take place at the Fair View Cemetery in Middletown, New Jersey. Due to Covid-19, face masks and social distancing are required. In lieu of flowers, donations may be made in Bob's memory to the the American Heart Association, 300 5th Avenue, Suite 6, Waltham, MA 02451.