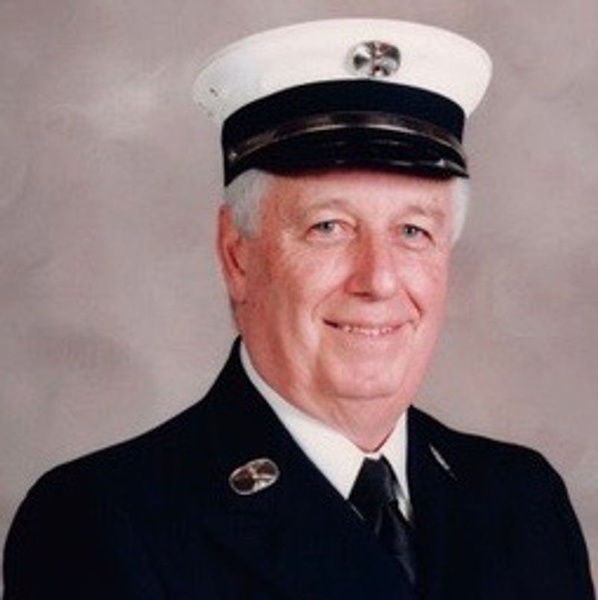 WESTFORD - Robert A. Doyle, 89, a Westford resident, passed away on Wednesday, July 14, 2021, at his residence with his loving wife by his side. He was the beloved husband of Diane M. (Larkham) Doyle, with whom he shared 47 years of marriage.
Born in Lowell on June 10, 1932, he was a son of the late Henry A. and Abbie B. (Reno) Doyle.
Bob was a graduate of Lowell High School and attended Lowell Technological Institute and Northeastern University. He served with the United States Navy and was Honorably Discharged in 1957.
He began his career with the Lowell Fire Department, first as reserve status in 1962 and as permanent status starting in 1964. He worked as a dispatcher for many years and was known as "the voice of Merrimack Valley" on station KCF947. He was promoted to Lieutenant in 1985 and served as an inspector with the Arson Squad, currently known as the Fire Investigation Unit, from 1986 until his retirement in 1997. He was dubbed "an expert witness" by former Judge Robert Barton regarding cases involving arson. He simultaneously served as a call firefighter for many years for the town of Westford until they appointed permanent firefighters.
Bob was a trained EMT and served on the Board of Directors for the Westford Ambulance Association. He was formerly on the Board for the Lowell Fire Fighter's Fund, former president of Box 52 Association of Boston and was a volunteer with the Red Cross Disaster Service.
In addition to his wife Diane he leaves sisters-in-law, and brothers-in-law, Virginia and the late William Brown of NY, Peter and Susanne Larkham of NH, Francesca and Richard Graves of FL, Christine and the late Thomas Mirabito of NH, Paul and the late Deborah Larkham of FL, formerly of Westford and the late Philip Larkham; also many nieces, nephews, grandnieces, grandnephews.
Relatives and friends are invited to Bob's Celebration of Life on Thursday, from 4 until 7 PM at the Westford Healy Funeral Home, 57 N Main Street, Westford. His Funeral Mass will be celebrated on Friday morning at 10 AM in the Blessed Trinity Parish - St. Catherine of Alexandria Church, 107 N Main Street, Westford. Burial will follow in the Pine Ridge Cemetery, Chelmsford.
In lieu of flowers, donations in his name may be made to: the Westford Ambulance Assoc., P.O. Box 197, Westford, MA 01886 or to a local animal shelter.