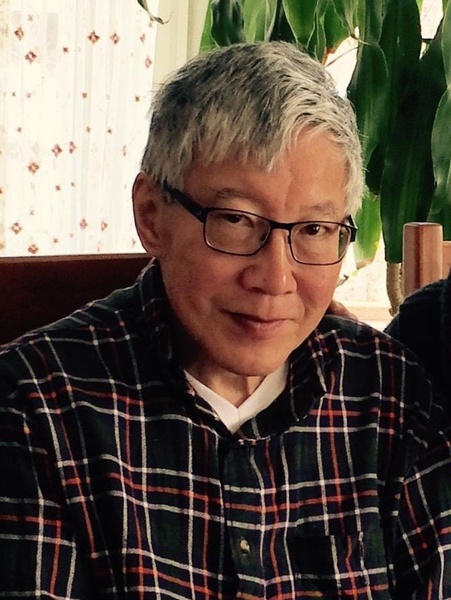 Robert Chu'an-ling Leung, 73, died January 24, 2022 from Covid-19 complications at Dexter House HealthCare in Malden, MA. He was the beloved husband of his devoted and caring wife, Lois Valleau.

Bobby was born in Tientsin, China on April 18, 1948, and was the son of the late Jean Tien-shu Yang and Frank Buck Foon Leung. He was raised by his grandparents Lee Nyui Tsong and Yang Pao Ling until 1958 when he emigrated to the United States to be united with his family.

Bobby attended public school through junior high and the Hinckley School before joining the U.S. Army. After training at Bretton Woods, MN, he was deployed to Vietnam, first as a pioneer engineer, then as a chaplain's assistant and finally as a finance clerk stationed in Danang. He returned home during his second enlistment to care for his father, Frank, who had had a stroke.

Upon graduating from the Culinary Institute of America in 1971, he began a work career that spanned nearly 50 years. It was especially remarkable given the many diverse jobs that he had, which included: master chef, country club manager, antique dealer and owner, Amtrak engineer, co-founder of Shinera, which helped to bring futons to mainstream U.S. culture, snack food distributor, bottled ginseng tonic water developer and owner, fabricated steel plate estimator and bridge and infrastructure steel estimator.

Bobby will be well remembered for his wonderful cooking, mischievous sense of humor and his extremely big and most generous heart toward both his family and many, many friends.

In addition to his wife, Lois, Bobby is survived and will be deeply missed by his dedicated son, Phillip Leung; his older brother, Kenneth Chu'an-kai Leung; his younger sister, Jacqueline Chu'an-hwa Leung Spence; nieces, Darien and Catherine Leung and his nephew, Sterling Spence.

Relatives and friends are invited to Robert's Veteran's service on Saturday, February 12, 2022 from 12:00 PM until 1:00 PM at the WESTFORD HEALY FUNERAL HOME, 57 N. Main Street, Westford. Military Honors to follow at 1:00 PM. A larger celebration of Robert's life will be held in the spring. In lieu of flowers, donations may be made in Robert's memory to the American Lung Association, 1661 Worcester Road, Unit 301, Framingham, MA 01701 or the Michael J. Fox Foundation, PO Box 5014, Hagerstown, MD 21741.