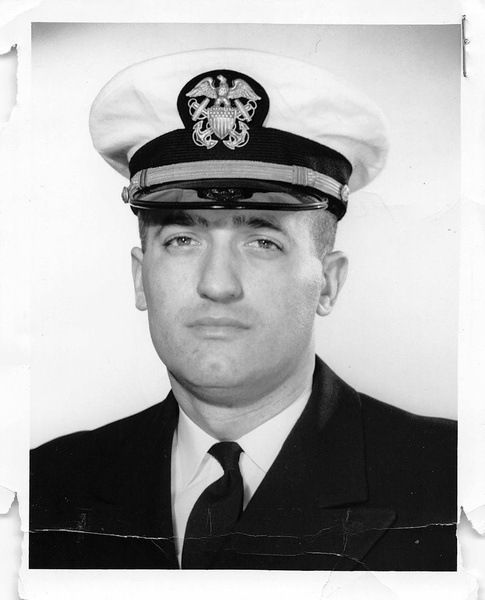 Chelmsford, MA - Robert C. Ringstad, 90, a resident of Chelmsford MA, passed away peacefully on November 30th, 2020.
Born in Pittsburgh, PA, but brought up and educated in Glen Rock and Ridgewood NJ, he was the son of the late Erling and Flora (Steiner) Ringstad.
Bob attended Dartmouth College for his undergraduate and graduate degrees receiving an MBA in 1952, and was employed as a stockbroker until his retirement. He was a longtime member of the US Navy, attending the Naval War College and earning the rank of Captain during his service. He served with the Naval Reserves for many years following.
Bob met his beloved late wife Diane in Laguna Beach, Ca. and they were married in 1956, shortly thereafter moving to the NYC area and eventually settling back in Glen Rock NJ in 1967. They remained married for 61 years until Diane's death in 2017. He loved spending time with his family and socializing with the large circle of friends they had throughout their life together. In their later years Bob and Diane often enjoyed playing bridge. He was an avid sailor and longtime sailboat owner, mooring his boat first in Point Pleasant, NJ and then in City Island, NY and he loved not only sailing but maintaining his boat as well, as he came from a long line of boat builders in the Ringstad family from Ringstad, Norway.
He contributed regularly to his alma mater and attended many Dartmouth class reunions, often being involved in the organization of events. He attended many Dartmouth football games over the years with friends and family. Bob was a strong supporter and ally of police and military causes.
Bob is survived by two sons, Erik of Chelmsford, MA, and Niel of Telluride CO: two grandchildren, Tor of Durango CO, and Grace of Telluride CO.
His Celebration of Life can be viewed remotely on Saturday, December 12, at 1 PM at the following link;
https://client.tribucast.com/tcid/26697541