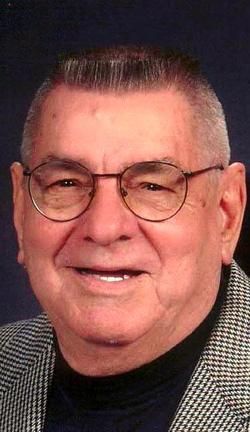 WESTFORD - Ronald M. Woznac, age 82, passed away unexpectedly on Wednesday, February 4, 2015 at Lowell General Hospital. For forty seven years, he was the husband of the late Irene (Wasileuskas) Woznac.

He was born in Graniteville on February 16, 1932, a son of the late Alexander and Jeannette (Milot) Woznac. Ronald was a lifelong resident of Westford and also resided in Palm Beach Florida for several years. He served in the U.S. Air Force during the Korean War.

Prior to his retirement, he was employed as a salesman in the electronics industry for many years. He was a member of the American Legion Post 159 in Westford where he served as past commander.

Ronald enjoyed writing and wrote his own book titled "Memories in Bits and Pieces - Remembering my friends through all the years - a collection of true stories of love, laughter and tears." He enjoyed attending the Farmington Fair in Farmington, ME for many years and trips to York Beach, ME.

He is survived by his children, Christine Woznac of Greensboro, N.C., Michael Woznac and his wife Julie of Ayer and Tracy Flory and her husband Monty of Westford; a sister, Sandy Anderson and her husband Howard of Westford; a brother, Ric Woznac of Boston; three grandchildren, Jason Woznac and his wife Kimberly and their children, Austin and Mason, all of Summerville, SC, James Flory of Westford and Chloe Woznac of Ayer; also many nieces and nephews. He was the brother of the late Monica Sullivan and Linda Morse.

WOZNAC - Family and friends are respectfully invited to attend his Celebration of Life on Saturday, Feb. 7 at the American Legion, Post 159 on Cross Street in Westford, MA from 11am - 2pm. In lieu of flowers, memorial contributions may be made to the Westford Ambulance Fund, P.O. Box 197, Westford, MA 01886. Arrangements are in the care of the J. A. HEALY SONS FUNERAL HOME, 57 N. Main St., Westford. To share your thoughts and memories of Ronald, please click the sign guestbook link.